New Delhi: An RJD Member in the Rajya Sabha on Wednesday attempted to raise the issue of alleged manhandling of Opposition MLAs in Bihar Assembly by the security forces but was disallowed by Chairman M Venkaiah Naidu. 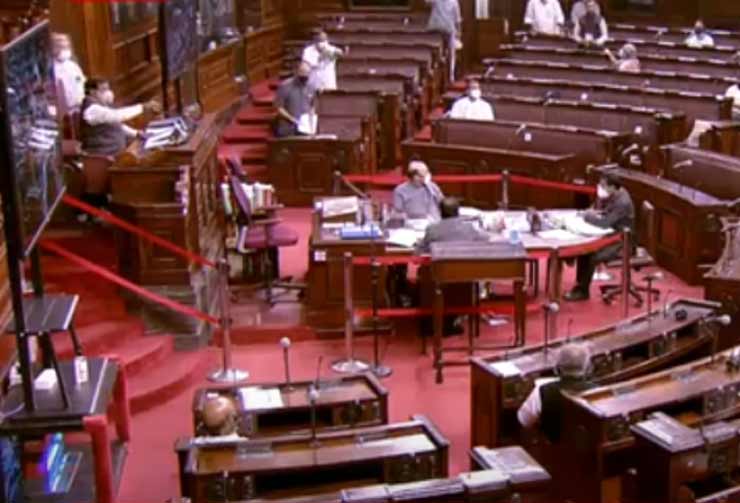 As soon as the House reassembled at 1103 hrs, RJD Member Manoj Kumar Jha, who along with other Members of the Opposition Bench, had given a notice to the discuss the issue, said that the democracy was shamed by the ruling party like never before. Even the women legislators were were not spared in the incident that took place on Tuesday.
The treasury bench opposed the motion and the Chair refused to allow him to move the adjournment motion.
Leader of Opposition Mallikarjun Kharge said, "It is your discretion, but if there is injustice in a state, then we should be allowed to take it up."
Responding to the LoP, Mr Naidu said, "Yesterday, someone wanted to take up the Maharashtra issue. I didn't allow that. Today, you want to discuss Bihar. Let's have a meeting to decide whether state issues can be discussed here."
He also said that if the House wants to discuss the issue of any state, this should be discussed with the floor leaders of the political parties. If everyone agrees, a consensus has to be made before a new precedent starts.(UNI)

#WATCH Bihar: Women MLAs of the Opposition being carried out of the Assembly building by women security personnel. They (MLAs) were refusing to allow Assembly Speaker Vijay Kumar Sinha to step out of his chamber. pic.twitter.com/Skj0LayFs4