Hyderabad: Doctors from KIMS Cuddles here have removed a record 29 fibroids from a Sri Lankan woman patient, in her uterus. 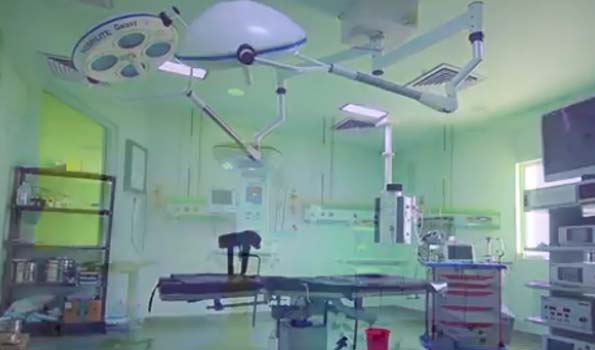 The challenging surgery was performed by Dr. Pujitha Devi Suraneni very carefully and 29 fibroids were removed from the 33-year-old patient’s uterus, who was worried about whether she could retain her uterus or not as she was eager to become a mother.

Utmost care was taken not to damage the uterus while doing the surgery, Dr. Pujitha, Consultant Obstetrician and Gynaecologist and High Risk Obstretrician and Laparoscopic Surgeon at KIMS Cuddles (Kondapur) said in a release here on Sunday.

Patient has 29 fibroids with largest sized fibroids ranging from 6 to 11 centimeters with multiple small fibroids.

It is a rare case. Patient was evaluated accordingly and planned for surgery, she said.

Lots of cases even above 10 centimeters fibroids were successfully removed laparoscopically. (laparoscopic myomectomy), but to avoid intraoperative complications, this case was done by minilaparotomy, said Dr Pujitha.

Objective of saving her uterus was successfully reached and the post operatively patient recovered well, the Gynaecologist added.

In this surgery, our Anaesthesia team has helped to handle the case smoothly and this is a good example to prove not all fibroids require removal of the uterus, she said.

Uterine fibroids are noncancerous, estragon dependent tumors, usually occurring at child bearing age. We don’t know exact cause, but it runs in families, obese women and women with uterine fibroids presents with heavy menstrual bleeding or prolonged bleeding or severe pain during cycles.

They may also present with pressure over pelvic pain, difficulty in passing urine or stool and leg pain.

Fibroids (submucosal) can cause infertility, miscarriage, in pregnancy can cause fetal growth restrictions and preterm deliveries, she said.

Recurrence of fibroids can occur, but can control all above symptoms by insertion of IUD (MIRENA) after surgery. Young females not only who are planning for pregnancy but also who are not planning should not go for removal of the uterus at least till age of 45 years.

Removal of the uterus in early age has a lot of complications like hot flashes, decrease in bone density, lots of mood swings, Dr Pujitha cautioned. (UNI)