Mumbai: The trailer of the ZEE Studio’s and Salman Khan’s ‘Radhe’, has become a massive hit with the audience, within a week of its launch. 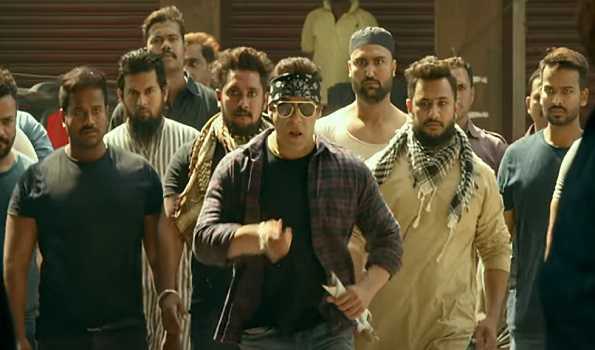 The trailer crossed over 70 mn views across platforms, leaving the fans wanting for more.

On the day of the launch, the trailer was successfully trending on major platforms including the #1 spot on YouTube and #3 on Twitter. Releasing on Eid, May 13, 2021, the film will be the first movie starring Salman Khan to be released amidst the pandemic and to be launched across multi-platforms.

Commenting on this development, Shariq Patel, Chief Business Officer, Zee Studios said, “We are elated to receive such love and appreciation to our trailer launch. Salman Khan’s films are synonymous with mega-blockbusters that end up being the nationwide trends. At Zee Studios, our endeavour is to constantly find innovative avenues to entertain our audience through engaging content across genres and languages.

“Taking cognisance of the ongoing situation, we have taken steps to adapt to changes and have decided to release the film across multiple platforms. Our aim is to continue our promise of providing content that is platform agnostic and can be consumed by the audience any time of the day. We are confident that the star appeal, engaging script and sensational music will attract an audience across all ages and will make it a resounding success.”

Recently, the first song from the film ‘Seeti Maar’ was released, which also received an overwhelming response and has clocked 50 million+ views across platforms, within five days of its launch. Packed with Salman’s signature style of dance and Disha Patani’s exemplary dance skills, the song is a perfect party anthem.

‘Radhe: Your Most Wanted Bhai’ is directed by renowned director and choreographer, Prabhu Deva. The film promises the perfect mix of high-octane slick action, catchy dialogues and chart-buster music. The film is all set to pack a punch, featuring Disha Patani, Randeep Hooda, Jackie Shroff and Megha Akash in pivotal roles. (UNI)