Not even the highest mountain on Earth has been spared the coronavirus. At least one case of the virus has been reported at the base camp on the south side of Mount Everest in Nepal. The US magazine Outside cited an unnamed source at the base camp in its report that a climber who had been flown out with suspected high-altitude pulmonary edema tested positive for COVID-19 at the hospital where he was being treated in Kathmandu. This has forced his team at the base camp to go into quarantine. 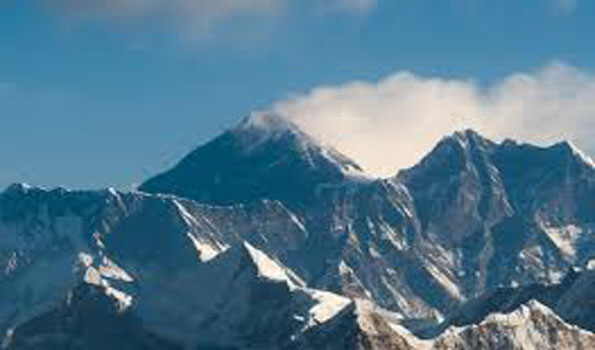 The infected climber is a Norwegian, who has said he believes he may have contracted the virus while trekking to the base camp. Other reports indicate that as many as three climbers may have been infected.

The Nepalese Ministry of Tourism, however, played down the reports, describing them as "rumors," that were being investigated. On an upbeat note, the ministry said it had issued 377 Mount Everest climbing permits as of April 21. This is only four fewer permits than it issued in 2019, when a photo of climbers queued up on the summit ridge made headlines around the world.

Since the outbreak of the coronavirus pandemic, around 285,000 infections have been registered in Nepal, a country with a population of about 30,000,000. More than 3,000 people in Nepal have died from COVID-19. However, the number of unreported cases is likely to be much higher due to the low testing capacity in the Himalayan state.

In mid-March, the government in Kathmandu eased entry restrictions. Since then, tourists have only been required to present a vaccination certificate or a negative PCR test that is no more than three days old. If another test, conducted at the airport in the Nepalese capital is also negative, visitors can enter and move freely in the country.

Not all behaving responsibly

Wearing a mask is compulsory at the Mount Everest base camp, and climbers are also warned to always maintain their physical distance from all other individuals at all times. Lukas Furtenbach, who operates the Austrian expedition company Furtenbach Adventures, said his team was testing all of its staff and climbers at the base camp on a regular basis. However, it seems that not everybody there is taking the virus seriously.

"I'm still seeing some teams using social media platforms to invite everyone at the base camp to a party," Furtenbach said.

"It should be in everyone's interest – organizers, guides, expedition leaders, Sherpas and clients – to do everything possible to avoid an outbreak at the base camp," he added. "Because that would mean an early end to the season."

Last year, the coronavirus pandemic forced the spring season on Mount Everest to be cancelled entirely.