The situation for global aviation, and especially for airline pilots, continues to be precarious. So far this month, in Europe alone a third of all commercial passenger planes have remained firmly grounded. The German flagship carrier, Lufthansa, announced on May 4 that it operated 81% fewer flights than on the same day in 2019. And most of the 306 flights were exclusively for cargo. 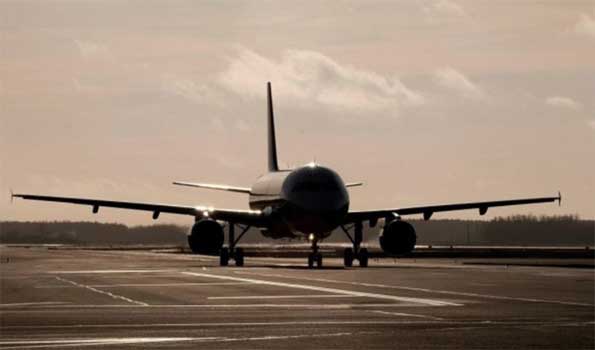 During the pandemic, travel restrictions and airlines' thinned-out flight schedules have been a seemingly never-ending nightmare for captains and first officers, putting the jobs of thousands on the line. European pilot union EPA expects that out of about 65,000 cockpit staff in Europe prior to the pandemic, up to 18,000 could permanently lose their jobs. Lufthansa alone might be forced to make 1,200 cockpit staff redundant next year.

A poll released at the beginning of this year of nearly 2,600 pilots worldwide, conducted by UK-based GOOSE Recruitment and industry news site FlightGlobal, found that only 43% were doing the job they had trained for. Another 30% were unemployed, 17% furloughed and 10% in nonflying roles. Some 82% of the participants were willing to take pay cuts to get a chance of landing a new job.

While the aviation crisis is far from over, airline pilots have found a demand for their skills from land-based transportation companies. Railway companies in Germany, Austria and Switzerland are desperately seeking professional drivers. So are public transport authorities in Hong Kong and charter bus operators in Australia. As a result, more and more airline pilots are switching jobs.

Even before the pandemic started, the German railway operator Deutsche Bahn found it difficult to maintain train schedules because of a lack of drivers. Swiss operator SBB even launched recruiting campaigns in other European countries, but with little success. Now with more and more aviation pilots out of work, these company's fortunes might be turning around.

Pilots are generally perceived to be well trained, resilient and reliable — the same professional qualities required of train drivers. Deutsche Bahn told German news agency dpa recently that it had received job applications from 1,500 former pilots and flight attendants, out of which it had so far hired about 280, including 55 pilots and 107 former cabin crew.

Dennis Seidel worked for 10 years as a pilot for LGW, a subsidiary of the former German airline Air Berlin. In an interview with German aviation industry portal ailiners.de, he said becoming a pilot was his childhood dream, which abruptly ended when LGW collapsed amid the COVID-19 pandemic. His second choice was driving a train so switching jobs wasn't hard for him.

Seidel is currently undergoing training as an engine driver with Deutsche Bahn — a qualification process that can take 10 to 12 months and is focused primarily on how train engines work and are operated. "Judging by what you are actually doing, tasks are pretty similar. Train drivers have an equally responsible job as pilots," Seidel told airliner.de. The big difference was that engine drivers were alone without a co-pilot, and there are more passengers on a high-speed ICE train than in a plane.

Felician Baumann, a 27-year-old from Hamburg, also had to refocus his career during the pandemic, and shortly after finishing pilot training with Austrian Airlines. As the pandemic substantially reduced his chances to become a fully-fledged pilot, he decided to become a tram driver with Vienna-based public transport operator Wiener Linien. "The task in both professions is to bring a similar number of guests safely from A to B," Baumann said in a YouTube video posted by his employer.

Baumann's story went viral in the Alpine country. Surprisingly, the pay gap between a pilot and a Vienna tram driver "isn't that significant," Baumann told a local newspaper. "Now, I'm earning only marginally less than I would have gotten as a junior pilot."

According to figures from Deutsche Bahn, fully qualified train drivers earn €44,000 to €52,500 ($53,000-$64,000) annually, including bonuses and other payments. By comparison, Lufthansa pilots in their first year receive base salaries of about €65,000 — a sum that many airlines have cut during the pandemic. The annual pay of first -officer pilots with more than 20 years of job experience is about double.

Of course, other pilots have a different story about wage cuts to tell. Earnest Li from Hong Kong had been an Airbus captain for 19 years before Cathay Pacific subsidiary Cathay Dragon went bust at the end of last year. Now the veteran pilot drives a double-decker bus for the local Kowloon Motor Bus Company and made his journey from pilot to bus driver public on Facebook in December.

Li's fate is currently shared by many airline staff around the world, including 13 former Qantas pilots, who previously flew the now-mothballed Airbus A380 superjumbo and are now ferrying tourists around Australia in charter tour buses.

In Germany, so far there are only "a few cases of pilots moving in the direction of the railways," said Jansi Schmitt, spokesman for the pilots' union Cockpit, adding that switching jobs was "not yet a mass movement" within the profession. "In general, we advise everyone to come up with a 'Plan B' even before starting cockpit training," he told DW. Few of them would have expected that "Plan B" could eventually mean driving a train, tram or bus.