A common asthma medication that can be used at home might be an effective treatment for early COVID-19 in adults, according to a study published in The Lancet medical journal. 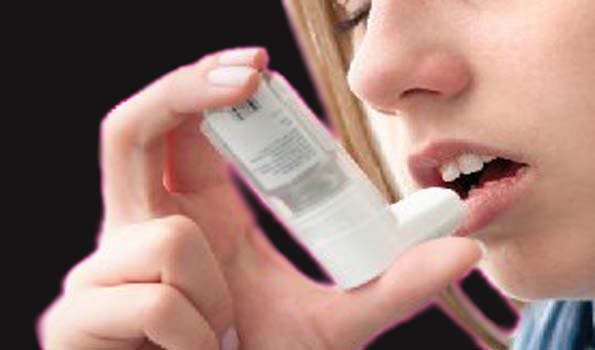 University of Oxford researchers found that patients who took the drug budesonide when their first COVID-19 symptoms started were less likely to need urgent medical care or hospitalization, and had a shorter recovery time. It also reduced the chance of persistent symptoms and fever.

The randomized controlled trial involved 146 adults within seven days of the onset of mild COVID-19 symptoms. Half of the participants inhaled budesonide twice a day until their symptoms resolved, and the other half received the usual care given based on age, gender and existing illnesses.

In the budesonide group, only one person needed urgent medical care, compared to 10 people in the group who received the standard care for COVID-19.

Another University of Oxford study that has yet to be peer reviewed also found that inhaled budesonide helped people who were at a higher risk of severe COVID-19 outcomes recover quicker.

Corticosteroids like dexamethasone are already being used effectively in hospitalized, severely ill COVID-19 patients. Bloom said researchers think it likely reduces the inflammation associated with severe COVID-19. Budesonide probably works in a similar way, but may be more localized.

Studies have also shown that the use of inhaled steroids in people with asthma and chronic obstructive pulmonary disease (COPD) reduced the receptor that allows Sars-CoV-2 into the lungs, said Bloom, and lab work has shown that inhaled steroids can possibly prevent virus replication.

The scientists said the research was inspired after reports of COVID-19 hospital emissions showed that patients with chronic respiratory disease were significantly underrepresented.

They hypothesized that the widespread use among these patients of inhaled glucocorticoids, a type of corticosteroid, was behind this trend.

The research investigated whether budesonide had the potential to reduce COVID-19 patients’ need for emergency care, therefore minimizing pressure on hospitals.

“It is a widely available, low-cost medicine — which is relatively safe, which can be given to patients early in their COVID-19 illness,” said Mona Bafadhel, one of the study’s authors and an associate professor of respiratory medicine at the University of Oxford. “This would take pressure off healthcare systems.”

Karl Lauterbach, a Social Democrat member of the German parliament and epidemiologist, said on Twitter that the study was a “game changer,” in part because it identifies a potential early COVID-19 treatment that can be prescribed by a doctor.

While much research on treating COVID-19 so far has focused on patients who already have severe symptoms, this trial shows potential for earlier intervention.

“What is unique about this trial is that it also looks at people who are at quite low risk in terms of having serious effects from COVID-19,” said Bloom.

Soumya Swaminathan, chief scientist at the World Health Organization, on Twitter called the results “encouraging,” and called for more research in the field of outpatient COVID-19 treatment.


The trial had to be stopped early due to the UK’s second lockdown and other factors — but an independent statistical review concluded that study outcome would not change with further participant enrollment.

What do corticosteroids do?

Corticosteroids are naturally produced in the body, but synthetic versions are used as an anti-inflammatory medicine to treat a range of inflammatory illnesses.

Listed by the World Health Organization as an essential medicine, they are often prescribed for people with asthma and other respiratory diseases in the form of an inhaler. They reduce inflammation and are seen as essential for controlling the condition.

Corticosteroids represent one of two main types of treatment for asthmatics. They are designed to prevent an asthma attack from occurring in the first place by reducing the base level of inflammation. The second type of treatment, bronchodilators, are designed to relax the muscles when an attack does happen.

While corticosteroids are readily available and inexpensive in some parts of the world, this is not always the case for low- and middle-income countries, where access to such drugs can be limited, according to the 2018 Global Asthma Report.