Despite the ongoing pandemic situation, the Cannes Film Festival announced that it is still set to return from July 6 to 17 to the Cote d'Azur. 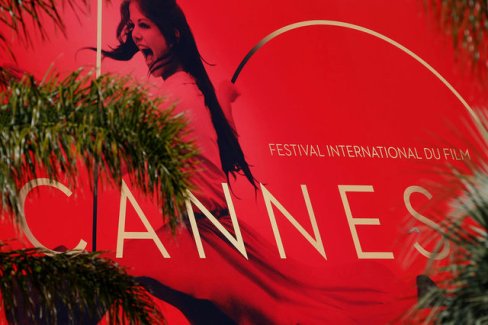 Among the 24 directors whose films will be competing for the coveted Palme d'Or prize are several Hollywood directors, including Wes Anderson with The French Dispatch, Paul Verhoeven with Benedetta, and Sean Penn with his new film, Flag Day.

Many French directors are also in the running, including Jacques Audiard with Les Oympiades and Francois Ozon with Tout S'est Bien Passe, along with Leos Carax, who will open the festival with Annette — his first oeuvre in a decade and his first work in English.

The organizers of the event had some 2,000 films to work through as they made their final selection for the 74th edition of the world's leading film festival following last year's cancellation - a "mini" version of the film festival was held symbolically in October.

France is due to lift some remaining pandemic restrictions in time for the festival, but the organizers said that visitors would still need to provide a negative COVID-19 test or proof of vaccination once every two days during the actual event to be allowed to attend.

Various underrepresented countries will also be featured at this year's Cannes Film Festival. Iran's two-time Oscar winner, Asghar Farhadi, will return with his film A Hero, while Russian director Kirill Serebrennikov will be in competition with Petrov's Flu.

Another past Palme winner returning to the event is Thailand's Apichatpong Weerasethakul with Memoria, and Chadian director Mahamat-Saleh Haroun has also been shortlisted with Lingui.

They will all face a jury headed by US director Spike Lee, who had already been named president for the 2020 event before its cancellation.

More popular culture on the sidelines

There will also be some special screenings during the festival, which will be shown outside the main competition — with an apparent focus on various elements of popular culture.

These include a documentary about US actor Val Kilmer and a new film about 1960s rock stars The Velvet Underground. French actor Charlotte Gainsbourg will show a film about the life of her mother, the French model, singer and actress Jane Birkin.

Oliver Stone will meanwhile present an update to his 1991 classic film, JFK. Stone has reportedly obtained fresh information on the assassination of US President John F. Kennedy in 1963, which he will share in the film JFK Revisited: Through the Looking Glass.

The organizers of the Cannes Film Festival have also teased the possibility of a much-anticipated blockbuster being shown during the festival — though it has been confirmed that this will not be the new James Bond film, No Time To Die.

It was also announced that US actor Jodie Foster will be awarded an honorary Palme d'Or. The two-time Oscar winner will be the festival’s guest of honor at the opening ceremony on July 6.

Cannes general delegate Thierry Fremaux said Foster "never ceases to reinvent herself. She questions with her piercing gaze, learns from others and is willing to step back from her beliefs in order to forge new morals."

Foster said Cannes was a festival "to which I owe so much; it has completely changed my life." The American star, known for her chilling performance in Silence of the Lambs (1991), first attended Cannes in 1976 at the age of 13 for her role in the Martin Scorsese classic Taxi Driver, which went on to win the Palme d'Or that year.