The COVID variant from India: What we know so far

The number of new coronavirus infections has continued to rise sharply in India. The country has just recorded the world’s highest daily tally of 3,49,691 infections among its total population of 1.38 billion people. 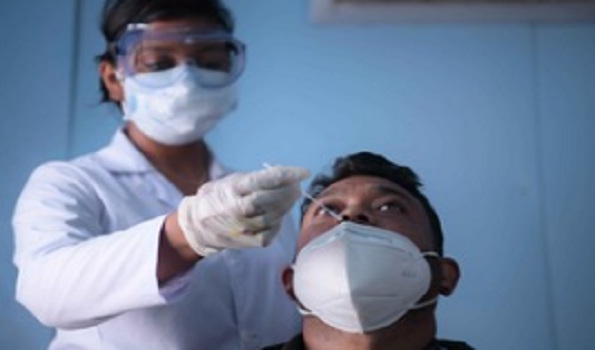 It’s too early to say whether the new variant of the virus, B.1.617, is responsible for the rapid increase in infections, but it is being treated as a possible cause.

What role do virus variants play?

In many other cases and countries, new variants have played a role when infections took a sudden, upward swing.

Some experts are also concerned that the Indian variant may be turning into a type of “super mutation” that will continue to spread across the world.

Director-General of the World Health Organization (WHO) Tedros Adhanom Ghebreyesus has said that he is “deeply concerned” about the situation in India, the WHO tweeted.


"We’re deeply concerned about the increasing number of cases & deaths in right now. The situation is complex & requires different responses in different parts of the country & I welcome the steps the govt has taken to reduce social mixing & boost vaccine production"-@DrTedros

And the Indian variant has spread to other countries. Health authorities have detected variant B.1.617 in Germany, Belgium, the United Kingdom, Switzerland, the US, Australia and Singapore. The British health ministry has reported 77 cases of the Indian variant.

Why would the Indian variant become dangerous?

The Indian variant consists of two mutations of the spike protein of the virus.

A spike protein allows a virus to enter the body and infect it. The virus can then spread quickly through the body, if it escapes any antibodies in the immune system or those developed as a result of a vaccine - or, indeed, if there aren’t any antibodies.

Experts say there is a risk that people, who have recovered from a COVID-19 infection, or those who have been vaccinated, may not be as resilient against this new variant as they may be against other forms of the virus.

What’s special about the Indian variant?

The mutations found in the Indian variant are identified as E484Q and E484K.

They are known in other mutations as well — they are not entirely new. They have been detected in the South African variant, B.1.353, and in the Brazilian variant, P1.

In some cases, the Indian mutations were detected in the British variant, B.1.1.7.

There are other mutations, such as one called L452R, which is detected in a Californian variant of the virus, B.1.429. The same was found in a variant in Germany.

Of interest or of concern?

The WHO categorizes the Indian variant as a “Variant of Interest.” That means the variant is being monitored, but that it is, for the time being, not of major concern.

Dr Jeffrey Barrett, director of the COVID-19 Genomics Initiative at the Wellcome Sanger Institute in the UK, has commented that the Indian variant has spread at such low levels over the past few months, and that makes it “likely not to be as transmissible as B.1.1.7.”

A few thoughts on the B.1.617 variant, first seen in India in late 2020, recently seen in >100 cases in the UK, and very much in the news here. TLDR: we should watch carefully, but I don't think any of our best lines of evidence on variants are yet cause for concern.

But a number of other experts see the threat differently. And current developments appear to suggest they may be right.

In the Indian state of Maharashtra, over 60% of all coronavirus infections have been linked to the new B.1.617 variant, based on the infections that have been sequenced for their origin.

But local authorities say the number of cases being sequenced is far too low for them to draw any clear conclusions.

As such, it remains unclear whether the Indian variant is responsible for the increase in infections in India.