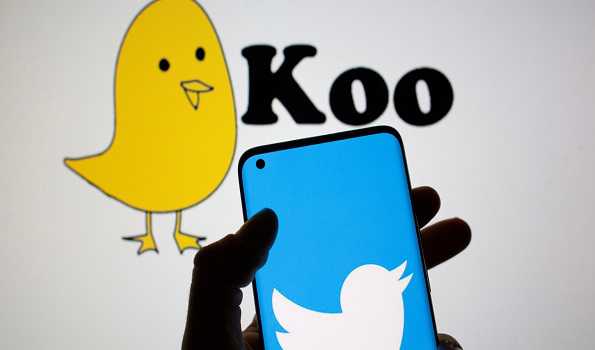 Koo, the Indian version of Twitter that was originally designed specifically for Indians as it provided services in multiple local languages, announced the launch in the Nigerian segment shortly after Abuja issued the Twitter ban.
Nigeria suspended Twitter indefinitely last week after it deleted a tweet by President Muhammadu Buhari, in which the ex-army general threatened to deal with secessionists in the "language they understand." The authorities voiced concerns that the platform could be used to jeopardize the country's unity.
According to Nigeria's information and culture ministry, Twitter has contacted the authorities of the West African nation to resolve the issue.


Earlier Nigeria  issued an indefinite suspension notice for Twitter stating that some people use the platform to perform activities that threaten Nigeria's unity, the Minister of Information and Culture, Lai Mohammed, said in a statement released on Twitter.
"The Federal Government has suspended, indefinitely, the operations of the microblogging and social networking service, Twitter, in Nigeria," the minister said.
According to Mohammed, "the persistent use of the platform for activities that are capable of undermining Nigeria's corporate existence" can no longer be tolerated.
The microblogging platform earlier in the week had removed the tweet by the president of Nigeria, Muhammadu Buhari, which threatened separatist group —Indigenous People of Biafra — in the southeast of the country who had been attacking government offices.
In the tweet, which is now deleted, Buhari referred to the 1967-70 Nigerian Civil War and threatened to treat "those misbehaving today" in "the language they will understand."
Nigeria has moved to regulate social media in the country, especially after the Endsars protest against police brutality, which the government alleged was sponsored by the owner of Twitter, Jack Dorsey.
Responding to the suspension, Twitter said that the suspension by the largest democracy in Africa is "deeply concerning" and will "work to restore access for all those in Nigeria who rely on Twitter to communicate and connect with the world.(UNI)