Jakarta: Fourteen people were injured in the suicide attack outside a church in eastern Indonesia, the Xinhua news agency reported on Sunday. 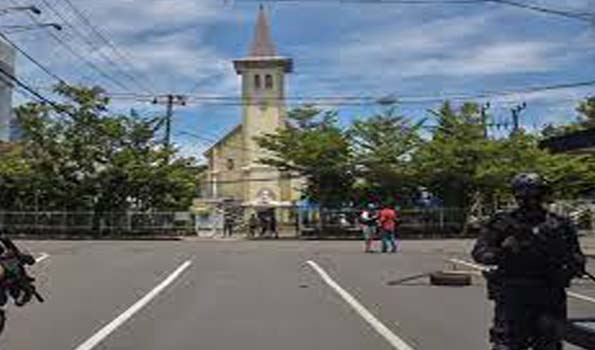 The blast broke out near the gate of the Sacred Heart of Jesus Cathedral in Makassar, the capital of the South Sulawesi province, during Sunday mass at 1028 am local time (02:28 GMT).

There were reports of injuries. The Russian Embassy in Indonesia earlier said that the only fatality is believed to be an attacker, according to preliminary information.

In an update, police spokesman Argo Yuwono said that 14 people were injured.

Two people are suspected of carrying out the attack. The suspects were reportedly riding a motorcycle and tried to enter the churchyard, but were stopped by some church security staff members. (UNI)