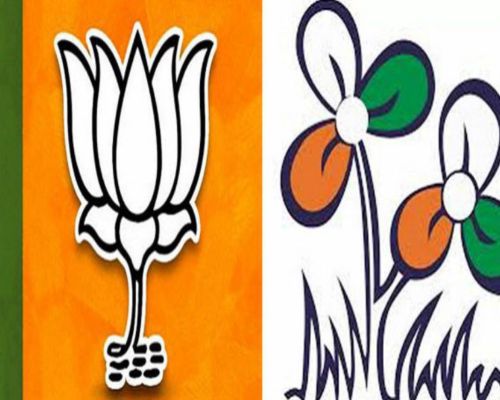 With the fight to form the government in the state getting more intense, the Bharatiya Janata Party (BJP) has fielded Member of Parliament Babul Supriyo from Tollygunge, the heart of the Bengal film industry.

“I have won by a sizeable number of votes in the past and I am confident about Tollygunge,” Mr Supriyo said after being drafted for Bengal polls."I think this is a great opportunity to serve the party....the motivation is greater when you have a bigger challenge," he said.
The union minister said, “I will be able to handle Asansol Lok Sabha constituency in West Bardhaman district and Tollygunge. I have done a lot of good work in Asansol and the schemes by Prime Minister Narendra Modi have reached the people.”“I am not scared, those who are corrupt should be scared,” Mr Supriyo said.The union minister said, “After coming here, I came to know that this area is controlled by ‘two brothers’ i.e. Aroop Biswas and Swaroop Biswas. This happens even in today’s era, I do not believe it.”
Mr Supriyo also alleged that Tollygunge has become an arena of corruption.He declared that his mission is to bring in a uniform code, like there is in Mumbai, in the film industry.
In response to TMC’s ‘Khela Hobe’ (the game is on) poll slogan, Mr Supriyo commented, “We don’t want to play. What have they played right? They have murdered democracy.”A singer-turned-politician, Supriyo defeated TMC candidate Dola Sen by 60,000 votes in the 2014 Lok Sabha election.
In 2019, he pulled off a surprise victory against popular actress Moon Moon Sen, who was dubbed the "giant killer" in 2014 after she defeated a nine-time CPI(M) lawmaker Basudeb Acharia in Bankura.
After his election win in 2014, Mr Supriyo was inducted in the Narendra Modi government as the Union Minister of State, Ministry of Urban Development; and Ministry of Housing and Urban Poverty Alleviation.He was the youngest minister in the Modi government. In 2016, his portfolio was changed to Minister of State for Heavy Industries and Public Enterprises.
Mr Supriyo began his career as a banker before he quit to pursue music. He has sung in several popular Hindi and Bengali movies.Mr Supriyo is also an actor and television host.
On the other hand, Mr Biswas is the present Minister for North Bengal Development in the state.He is elected from the Tollygunge in the 2006, 2011 and 2016 West Bengal Legislative Assembly election.
Meanwhile, the flexes across the city are dominated by the TMC slogan “Bangla nijer meyekei chaye” (Bengal wants its daughter) featuring Chief Minister Mamata Banerjee.Some of the graffiti also has catchy lines, like “Jokhon daki tokhon payi, Arup da ke abar chai” (Whenever we call Arup Biswas is accessible).
The BJP's ambition to form its first government in West Bengal and the TMC's bid to seek a third term in power in the state has politically polarised the Bengali film industry and turned it into the parties' new battleground.
The TMC's influence over the Tollygunge-based film industry, known by its portmanteau Tollywood, since even before Mamata Banerjee's ascendance to power in 2011, seems to have been waning with several celebrities shifting their allegiance to the saffron party.
However, minister Biswas said, "The BJP and Bengali culture are anti-thesis of each other. Both can never go together. Those joining the BJP will soon realise this and regret their decision,"
Tollygunge is an Assembly constituency falls under the Jadavpur Lok Sabha constituency.
In the 2016 assembly election, Aroop Biswas of Trinamool Congress won the Tollygunge seat by securing 90,603 votes as against 80,707 votes garnered by Madhuja Sen, who contested the Assembly polls on Communist Party of India (Marxist) ticket.
In 2011 as well, Aroop was declared the winner against CPI(M) candidate Partha Pratim Biswas. The TMC candidate had won the constituency with a margin of 27,680 votes.
Elections for the West Bengal Assembly will be held in eight phases, up from seven last time, beginning with polling for 30 seats on March 27.
The second phase of elections has been scheduled for April 1 and will cover 30 constituencies, followed by the third phase on April 6 for 31 seats, the fourth on 10 April 10 for 44 constituencies, the fifth on April 17 for 45 seats, sixth for 43 seats on April 22, seventh phase on April 26 for 36 seats and last and eighth phase on April 29 for 35 seats.The results of the election will be declared on May 2.(UNI)