New Delhi: Chief Justice of India (CJI) Sharad Arvind Bobde has recommended the name of Justice NV Ramana to the Centre as his successor. 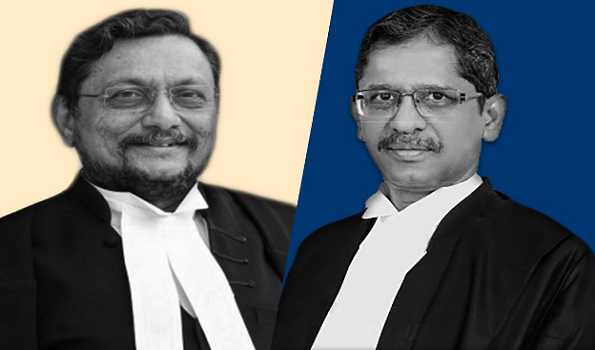 CJI Bobde is set to retire next month on April 24.Justice Ramana was appointed to the Supreme Court on February 17, 2014. He has also served as the Chief Justice of the Delhi High Court


Justice Raman started the legal profession on 10 February 1983 after graduating in science and law. During his advocacy profession, he practiced not only in the Andhra Pradesh High Court but also in the Central Administrative Tribunal (CAT) and the Supreme Court.
He was appointed acting Chief Justice of the same High Court from 13 March to 20 May 2013 after being appointed as a permanent Judge of the Andhra Pradesh High Court on 27 June 2000. He was later promoted and appointed as the Chief Justice of the Delhi High Court on 2 September 2013. On 17 February 2014, he was promoted to the top court.
Justice Raman is scheduled to retire on 26 August 2022. The apex court has a sanctioned strength of 34 judges including the CJI. At present, there are 29 judges in the Supreme Court..(UNI)