How Indian Netizens are divided over Israel Palestine conflict

Ever Since the clashes at Al Aqsa mosque have broken out, The Israel Palestine deadlock has hogged the limelight on social media. The world leaders have taken their sides conveniently and India has also displayed concern on the exchange of rocket fire between Israel and Palestine backed organization Hamas. 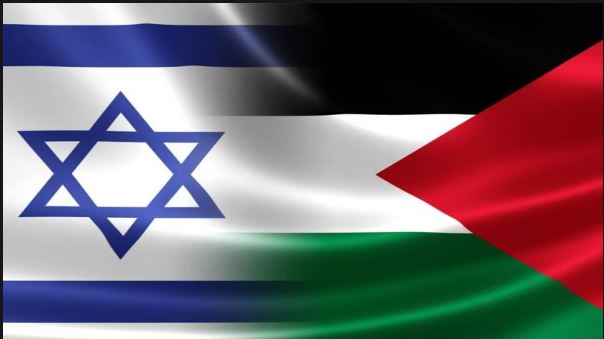 A few days ago India's permanent representative to the UN ambassador TS Tirumurti tweeted that India is deeply concerned about clashes & violence in Haram Al-Sharif/Temple Mount. In a series of tweets Tirumurti also condemned rocket fire from Gaza. It depicts India's stance a bit tilted towards Israel.
Two main political rivals divided over the Gaza Violence
However, during the COVID pandemic, India's political outfits and netizens have a penchant inclination to discuss Israel Palestine conflict on social media. The two main rival parties have different opinions on the week-long violence escalated in the Gaza Strip.
The BJP top brass has been supporting Israel actively on Twitter. Delhi's BJP leader who lost the assembly election last year, Tajinder Pal Singh Bagga has posted a 7-year-old video where he can be seen in a pro-Israel rally pushing for an intimate Indo Israel friendship.

While the grand old party's Congress top-notch social media warriors have a different say. Congress leader Salman Nizami has been relentlessly tweeting in favor of Palestine. He has also retweeted and criticized a tweet of BJP Yuva Morcha prez Tejasvi Surya where he has shown solidarity with Israel.

Beg Muslim nations for Oxygen/Aid & praise Israel for killing Muslims. These Sanghis have no character!#WeStandWithPalestine
May Allah destroy Israel. https://t.co/F7V6sYeIA8

The divergence in the stance of the political rivals depicts that the ruling Saffron party has banked upon the anti-minority sentiments. While Congress has always been notorious for minority appeasement opted to stuck to the old age strategy of wooing Muslims. Notably, Congress drew a blank in the recently concluded West Bengal elections as they failed to grab a major chunk of votes of the minority.
India stands with Israel vs India stands with Palestine
With Israel and Palestine locking horns in the Gaza strip, Indian Netizens sitting at a far-flung distance from the war zone too have been up in arms against each other.There have been a plethora of hashtags that keeps flashing in the trending section of the microblogging website Twitter.
Those who share analogous sentiments with Israel are tweeting with the hashtags #IndiastandswithIsrael, #IsupportIsrael, #Israelunderfire, #Israelunderattack. Also pro Indian Israel Supporters are loathing Hamas and considering it a terror organization. Majority opines that Likewise India, Israel too has been the victim of Islamic terrorism and it is the time to stand with the lone Jew country of the world.

Islamic Jihadists Crying for #HamasTerrorists and opposing #Palestina had never talked about muslims being killed in our neighboring countries?#IndiaStandsWithIsrael pic.twitter.com/bhE2HLjMD3

Raise your voice against Terrorism. pic.twitter.com/ZirIWmIiQz

While the minority community which celebrates its major festival "Eid-al Fitr" has stood with Palestine and Hamas unapologetically during the last leg of Ramzan. The people hailing from Islam religion are not only tweeting with the hashtags #IndiastandswithPalestine, #Isupportpalestine, #Palestineunderattack, #Palestinebleeds, #Palestineunderfire but also sharing an image which shows how jews occupied Israel state gradually in the past 70 years and pushed Palestinians to the corner in their own country.

India's Balancing act in the Middle East
On the ground, it looks clear with whom Indian citizens stand but diplomatically India has a balancing act of friendship between Arab countries and Israel. India has been the major importer of Crude Oil from Arab countries like the United Arab Emirates, Saudi Arabia, and Iran. While with Israel India has joint military operation ties. The Jewish state has helped India time and again whenever India went into a war-like situation. During the Kargil war, Israel rendered technological assistance to India and shared satellite imagery which proved vital in the end.
The indo-Israel friendship was strengthened further after Narendra Modi became the first prime minister to visit Israel in the year 2017.
However, Modi has not sidelined the Arabic nations and toured Palestine, UAE, Oman, Saudi Arabia, Jordan to establish bilateral ties in his first tenure. PM toured the United Arab Emirates and Saudi Arabia again after being elected for the second term. (WD)