New Delhi: A Pakistani delegation headed by Syed Muhammad Meher Ali Shah arrived here a day ahead of the talks with India on sharing the Indus waters. 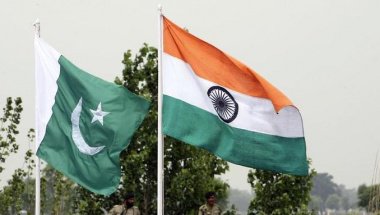 Indus Commissioner Pradeep Kumar Saxena will lead the Indian side at the talks.

The March 23-24 Permanent Indus Commission meeting is taking place in nearly three years and is being seen as another confidence building measures between the two countries after the recent accord on ceasefire along the Line of Control.

The meeting is seen as an important development in the wake of recent statements by Prime Minister Imran Khan and Army Chief Gen Qamar Javed Bajwa in which they called for resolution of the disputes through dialogues.

The 1960 Indus Water Treaty warrants the two commissioners to meet at least once a year, alternately in India and Pakistan. The last meeting was held in Lahore in 2018.

“A host of issues under the treaty, including our objections on the designs of Pakal Dul and Lower Kalnai Hydroelectric Plants, supply of information on new Indian projects on the western rivers and supply of flood data by India, will be discussed,” Pakistan Foreign Office spokesperson Zahid Hafeez Chaudhry said.

India has cleared several hydropower projects in Jammu and Kashmir which is expected to come up for discussion at the meeting.

Pakistan has objections to the design of 1,000MW Pakal Dul and 48MW Lower Kalnai hydroelectric plants (HEP), supply of information/data of the new projects by India on western rivers, flood data arrangements for the forthcoming flood season, two recent new run-of-river hydroelectric plants - 19MW Durbuk and 24MW Nimu-Chilling - and any other issue with the mutual consent of both the commissioners.

Pakistan is also likely to raise objections on the design of Indian hydropower projects on Chenab River whose water is largely assigned to Pakistan under the Treaty.

India has said it will utilise its rights under the Treaty and seek an amicable solution of issues. (UNI)