Putting the speculations to the rest Former union minister and the closest of Rahul Gandhi, Jitin Prasada left the grand old party Congress and joined BJP. This is considered to be a shot in the arm for Congress ahead of the high octane UP assembly polls in 2022. He was inducted into the saffron party by the railway minister Piyush Goyal. 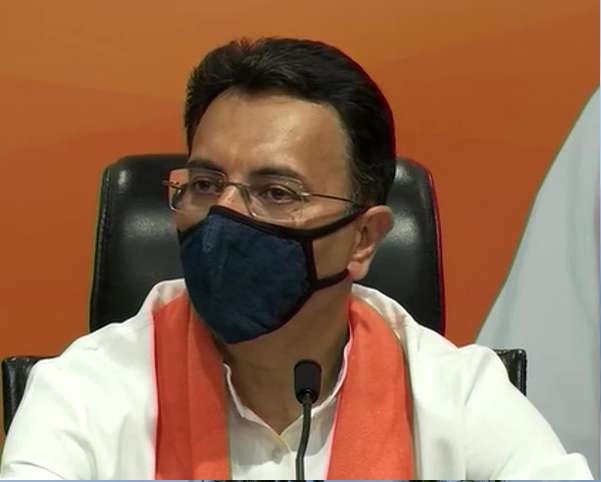 Since morning there were rumors of a seasoned politician jumping the ship from Congress to BJP. The speculations pointed towards Sachin Pilot who recently gave an ultimatum to the party high command regarding his unfulfilled demands. However in the end it came out to be the UP stalwart Jitin Prasada.
In his first presser after joining the saffron bandwagon, Jitin heaped praises on PM Narendra Modi and BJP. Jitin stated that it is the only party that has kept the nation in the center picture the other parties are people-oriented. He thanked Prime minister Narendra Modi, president JP Nadda and Home Minister Amit Shah.
His inclusion is surely going to benefit the BJP who is currently facing the ire of Brahmin voters which constitutes 10% in the politically active state. While it is a blow for already depleted congress which has only 7 MLAs out of them few are sharing the cold shoulders with the central leadership.


Rebel Congress leader blames weak leadership for Jitin Prasada's exit
Expelled senior Congress leader and former member of the State Legislative Council Siraj Mehndi on Wednesday, in the backdrop of Jitin Prasada's exit from the party, alleged that the grand-old party is passing through its worst phase due to an "inefficient leadership".
"The backbone of the political party is the worker who has been marginalized by the current leadership in the Congress," Mr Mehndi said adding that it is a pity to watch such situation of a historical party like this.
Mr Prasada, who was a close aid of Rahul Gandhi and Priyanka Gandhi Vadra, joined the Bharatiya Janata Party today in New Delhi, just six months ahead of the Uttar Pradesh Assembly elections.
Mehndi alleged that that there has been a custom of adjustment of dedicated people in the Congress, but this is the first incident of handing over the command of such a large state to a weak leader.
Due to weak leadership, Congress is not able to launch any major movement to expose the many failures of the government in the state, he added.(WD/UNI)