New Delhi: Former prime minister and veteran Congress leader Dr Manmohan Singh on Sunday wrote a letter to Prime Minister Narendra Modi suggesting him to ramp up the vaccination drive to battle the ongoing second wave of Covid-19 which has struck the nation hard. 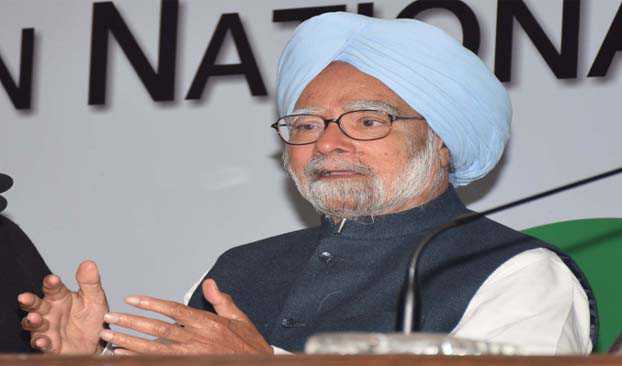 “There are many things we must do to fight the epidemic but a big part of this effort must be ramping up the vaccination programme,” Dr Singh wrote.

He said the focus should be on the percentage of the population vaccinated than a total number of people. “Currently, India has vaccinated only a small fraction of its population,” the senior Congress leader said.

As per the Ministry of Health and Family Welfare, over 12 crore vaccine doses have been administered so far in the ongoing vaccination programme which began in middle of January this year.

Dr Singh suggested that the government should place enough orders in advance to the firms producing vaccines.

He said the Centre should devise a transparent formula under which 10 per cent vaccines should be retained by the government for emergency use distribution while for the rest, States should have the knowledge about the delivery so that they can plan rollout accordingly.

Dr Singh asked the government to allow States to define the frontline workers who can be vaccinated. “States may want to designate school teachers, bus, three-wheeler and taxi drivers, municipal and panchayat staff and possibly lawyers who have to attend courts as frontline workers,” the former PM wrote.

To increase production, Dr Singh suggested that the government should invoke compulsory license for manufacturing drugs so that many other private companies can produce vaccines under a license. “Israel has already invoked compulsory licensing provision,” he said.

To kill the shortage, he said vaccines approved by credible agencies like European Medical Agency or the USFDA should be imported and inoculated without domestic trials at least for a limited period.