New Delhi: The Supreme Court on Thursday ordered handing over to CBI for further action, the Justice DK Jain Committee report on the erring officials who implicated scientist Dr Nambi Narayanan in the 1994 ISRO Espionage case. 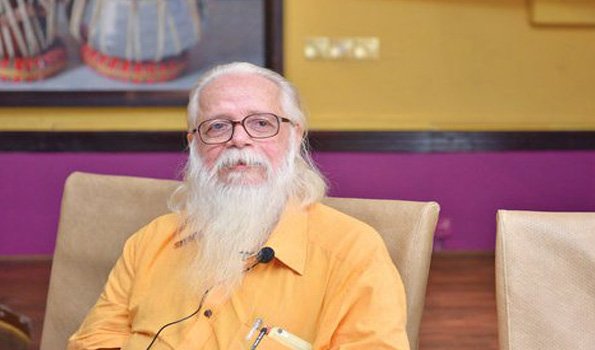 As the Commission was not asked to adjudicate but only to assist the Court, the further probe will have to be done by the CBI, a Bench headed by Justice AM Khanwilkar said.

The Court has directed the CBI to report to the Supreme Court the decision taken on the enquiry report within three months.

“We direct Supreme Court Registry to forward one copy of the report to the Director or Acting Director of CBI. The CBI will proceed in accordance with law. CBI will be at liberty to treat the report as a preliminary report,” the Court ordered.

Copy of the report shall not be published or circulated in public, the Court added.

Requesting the Bench to record the aforesaid in the order, Justice Khanwilkar said, “The report will remain in sealed cover and will be given to CBI authorities to proceed in accordance with law. The report is not for publication,” as per Live Law.

The Bench took on record the report submitted by former Supreme Court judge, Justice DK Jain who was tasked to look into wrongdoings by Kerala Police officials against Narayanan.

“The report says its a serious matter which needs deeper investigation. it seems to suggests it’s a case of commission and omission,” the Court remarked.

Expressing his happiness at the court’s order, Mr Narayanan said, “I am happy. I sought a central agency probe that led to the conspiracy that delayed the country’s cryogenic project” the former ISRO scientist said in Thiruvananthapuram.

The Apex Court was hearing the Centre’s petition seeking consideration of the report filed by a high-level committee regarding the role of erring police officials in the 1994 espionage case relating to Nambi Narayanan, who had been acquitted and was eventually awarded ?50 lakh compensation by the top court in 2018.

The apex court accepted the report by the committee it had appointed and asked the CBI to carry out further investigation in the 1994 espionage case.

The espionage case is related to allegations of the transfer of certain confidential documents on India’s space programme to foreign countries by two scientists and four others, including two Maldivian women.

The scientist was arrested when Congress was heading the government in Kerala.

Nambi Narayanan, a scientist at ISRO, was in charge of the Cryogenics division. In 1994, he was falsely accused of leaking defence secrets to enemy countries following which he was arrested by the Kerala Police under the Official Secrets Act.

After getting acquitted of all charges in 1998, he moved the court against police officials who had implicated him.

He had accused the Kerala Police and Intelligence Bureau of torturing him with a view to extracting statements from him.

The former scientist first approached the National Human Rights Commission (NHRC) seeking compensation for the torture he was subjected to. The Commission had awarded him interim compensation of Rs 10 lakh.

He then filed a writ petition in Kerala High Court challenging the state’s decision to refrain from taking any action against erring police officers. A Single Judge of the High Court allowed the same.

However, a Division Bench of the Court turned down his plea forcing him to approach the Supreme Court. (UNI)