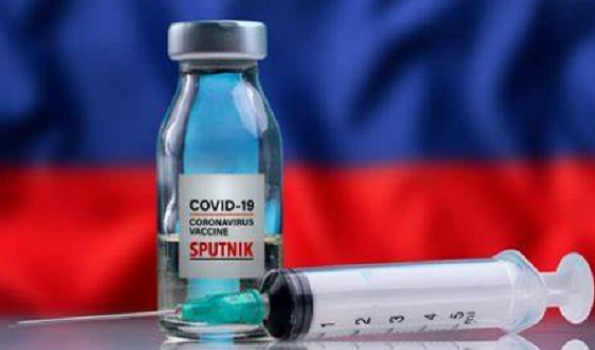 The second consignment comprises 60,000 imported doses of the two doses Sputnik Vaccine, which became the third vaccine in India, and arrived here from Russia in the early hours.

The first consignment (1.5 lakh doses) of the Sputnik V, the first foreign-made vaccine to be used in India, landed on May 1 and it had received regulatory clearance from the Central Drugs Laboratory, Kasauli, on Thursday, Hyderabad-based pharmaceutical giant Dr Reddy Labs, the Indian partner of Russian Direct Investment Fund (RDIF), which was developed the vaccine, said in a release earlier .
A top Dr Reddy’s Labs official received the first jab at a private hospital in Hyderabad as part of a pilot rollout in the Indian market on Friday last.
The full-fledged commercial rollout of the vaccine is expected only by mid-June and the prices may come down once we start locally manufacturing the product, according to Dr Reddy’s Labs Co-Chairman and Managing Director GV Prasad.
Further consignments of imported doses are expected over the upcoming months and the supply of the Sputnik V vaccine will commence from Indian manufacturing partners, he said.
The Company is working closely with its six manufacturing partners in India to fulfill regulatory requirements to ensure smooth and timely supply, the Pharmaceutical giant said.
Dr. Reddy’s will work closely with stakeholders in the Government and private sector in India to ensure the widest possible reach of the Sputnik V vaccine as part of the national inoculation effort.(UNI)