Puducherry:The Puducherry administration is contemplating to introduce the system of home delivery of liquor in a bid to reduce the crowd in liquor shops which was opened here on Tuesday after a gap of 40 days. 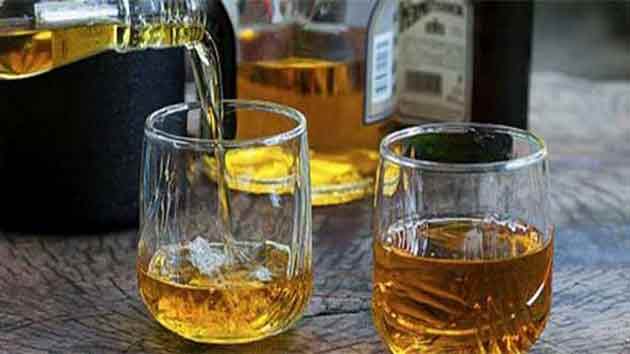 Former CM Miffed by the decision of Puducherry govt

Former Chief Minister V Narayanasamy on Wednesday urged the government to reconsider the permission granted for the reopening of liquor shops in the Union Territory.
In a Whatsapp video, Mr Narayanasamy said some “traitors” and “Jokers” won the last assembly election in the UT and without any concern though 750 persons had died in a single month for Coronavirus, they pressed the Lt.Governor for the reopening of the liquor shops.
In the relaxations given while extending the lockdown, permission was also granted for the opening of liquor shops.
When the adjoining Tamil Nadu government did not open liquor shops in the state, people from Cuddalore and Villupuram districts of TN were thronging the liquor shops in the border area and getting liquor in bulk.
This will lead to surge in Covid cases, he said, adding that if this happens, Chief Minister N Rangaswamy should shoulder the responsibility.
The former Chief Minister said liquor shops were opened on the pretext that illicit liquor is being sold and wondered whether the administration is functioning and what the excise department was doing.
He criticised the government for opening of liquor shops instead of checking illicit liquor trade and said that liquor shops in Puducherry should be opened only when it is opened in Tamil Nadu.
The Senior Congress leader wanted the government to implement the provision of Rs.One lakh solatium to the families of those died due to COVID-19 as announced by the previous Congress-DMK government forthwith and also to provide the Rs 3000 Coronavirus relief as announced by Mr Rangaswamy to all ration card holders in the UT.
Mr Narayanasamy urged the Chief Minister to take steps to cancel NEET on the lines of cancelling plus two examination in the UT.
Due to power struggle, the Rangaswamy cabinet could not assume office and this hinders the Covid relief works, he said and charged that the N R Congress –BJP government is a “non-functioning” one.
He also charged that those who announced that several crores of rupees would be pumped into Puducherry if the N R Congress-BJP alliance come to power to ensure the development of the UT was not seen now.
Their “drama” will come to light soon, he added.The former Chief Minister said the government should ensure that all the people of Puducherry were vaccinated before December end.
Stating that the petrol and diesel prices have gone up considerably which led to the price hike of all other commodities,Mr Narayanasamy said the Congress party would organize agitations here on July 1 to condemn the Narendra Modi government at the Centre.(UNI)