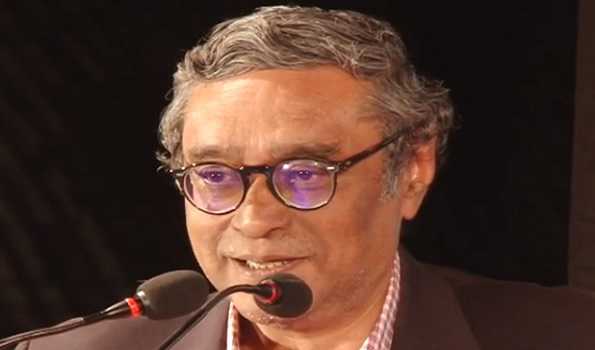 In 2016, Rachhpal Singh of Trinamool Congress won the seat by defeating Surajit Ghosh from Nationalist Congress Party with a margin of 27690 votes. This time, the TMC fielded Singha Roy to contest the assembly segment.
Tarakeswar Assembly constituency is falling under the Arambagh Lok Sabha constituency.In the 2019 Lok Sabha elections, TMC candidate Aparupa Poddar won from Arambagh Lok Sabha (MP) seat with a margin of 1142 votes by defeating Tapan Kumar Ray from Bharatiya Janata Party.
Mr Dasgupta was a nominated member of the Rajya Sabha, in 2016, and was awarded Padma Bhushan in 2015 for his contribution to Literature and Education
He has resigned from the House amid criticism from the opposition parties over his candidature to contest Assembly elections in West Bengal on a BJP ticket,A recipient of the Padma Bhushan, Dasgupta, 65, has been committed to the BJP's ideology since 1990.
Mr Dasgupta is rumoured to be one of the party contenders for the chief ministerial post if the party wrests power in Bengal. Though the BJP has not yet announced any chief ministerial face, the names of Mr Dasgupta have been doing the rounds
After nominated from the Tarakeswar constituency, Mr Dsagupta said, “Honoured to be nominated by the West Bengal BJP to contest from Tarakeshwar—a centre of Bengal’s cultural heritage. I look forward to the campaign for a new, vibrant Sonar Bangla.”
Mr Dasgupta said his party wants to put an end to TMCs 'syndicate raj' in the state."We all are aware of the situation prevailing in the state. The BJP will ensure that people in Bengal get to live in peace,” the BJP leader said.After filing his nomination for the assembly election from the
Tarakeshwar seat at the SDO office in Chandannagar, Mr Dasgupta thanked the staff at the SDO office for their help.
Taking to Twitter handle, he said, "Filed my nomination for the Tarakeshwar Assembly seat. Lots of paperwork. But I must compliment the staff at the SDO office in Chandannagar for their diligence and patience. They were there to help, not create hurdles."
Mr Dasgupta has served in editorial positions over several English dailies in India including The Indian Express, The Times of India, The Statesman, India Today et cetera.
He is a frequent guest on news channels in English-language debates on Indian politics and international affairs.]He wrote a foreword to an anthology titled Nirad C. Chaudhuri: The First Hundred Years: A Celebration, wherein he asserted Chaudhuri of having pro-BJP stances.
In February 2015, Mr Dasgupta was appointed on the Board of Directors of Larsen and Toubro as a nominee of the Unit Trust of India. He stepped down from the Directorship of Larsen and Toubro upon being appointed to the Rajya Sabha.
In 2019, he published Awakening Bharat Mata: The Political Beliefs of the Indian Right.On the other hand, Trinamool Congress candidate Ramendu Singha Roy on the occasion of Maha Shivaratri day prayed to Lord Shiva for the early recovery of the injured Mamata Banerjee.
He said, “I have sought a blessing from Baba Tara that Chief Minister Mamata Banerjee should once again hold the power of the state by winning more than 200 seats in the Bengal assembly elections.”Trinamool Congress in Hooghly district is taking WhatsApp messaging to the booth-level.
In remote areas where people don’t have Android phones, the party will fund three such phones for a group of 100. The purpose is to build a virtual organisational network to quickly send party directives and campaign materials down to the ranks and get feedback from the grassroots.
“It won’t be possible to move in groups during elections. That could invite trouble. It may not be possible to ferry voters to polling booths. We have decided to reach out to households and gather cellphone numbers from residents of each booth so we can reach them as and when needed,” said Trinamool Congress candidate Ramendu Singha Roy.(UNI)