Sitapur: Samajwadi Party MP from Rampur, Mohammad Azam Khan, who is lodged in Sitapur jail for over a year now, has tested positive for Covid-19. 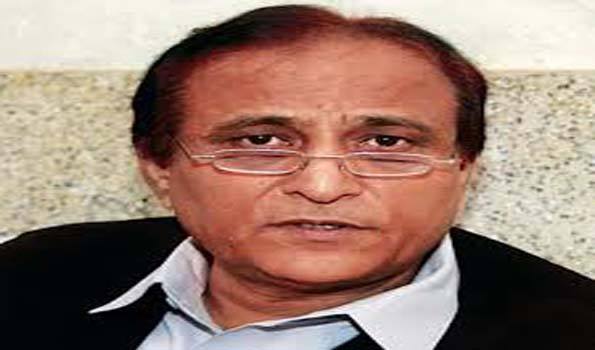 The jail administration had conducted his Covid test two days ago. Besides Khan,72, a total of 13 other inmates at the jail have also tested positive for the virus.

The information was shared by Sitapur jail authorities here on Saturday.

Mr Khan, along with his wife Tazeen Fatima and son Abdullah Azam, has been lodged in jail since February 26, 2020, after they surrendered at Rampur court. Khan's wife, however, had secured bail a few days back, but he remains in the jail along with his son.

Abdullah was found negative of Corona during the test.

After Azam Khan tested positive of Corona, now his son Abdullah, who was sharing the same prison room, have been shifted to another place.

This was the sixth time Azam went for Covid test in the jail, but was found positive, for the first time.

The three have multiple cases lodged against them by the Yogi Adityanath government for their alleged connection to various incidents such as land grabbing, encroachment and others.

The Samajwadi Party, leader however, has secured bail in most of the cases. His son also got bail in some of the cases lodged against him. (UNI)