Srinagar: An officer and a jawan of Central Reserve Police Force (CRPF) were martyred and as many were injured in a militant attack on a Road Opening Party (ROP) in the outskirts of Srinagar on Srinagar-Baramulla national highway Thursday afternoon. 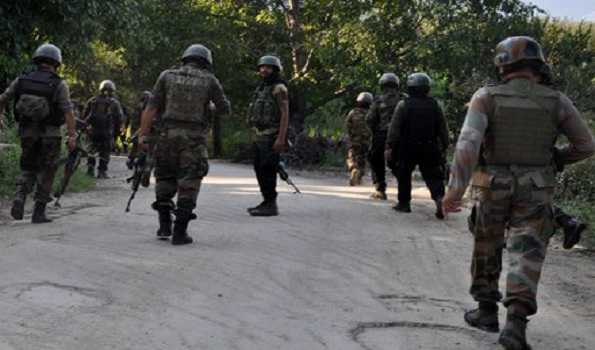 A CRPF spokesman told UNI that militants fired at a CRPF ROP vehicle at Lawaypora, about 14 km from here on the highway this afternoon at 1545 hrs.

He said four personnel were injured in the attack. The injured were rushed to 92 Base hospital where Sub Inspector general duty Manga Ram Devbarman succumbed. Later, driver identified as Ashok Kumar, a resident of Pinjore Chandigarh also succumbed in the hospital, he added.

Meanwhile, official sources said a massive search operation has been launched on both sides of the highway in the area to nab the militants responsible for the broad-day light attack.

Besides ROP deployed on the highway, security forces and police personnel, rushed from nearby police station and camps, have launched a massive hunt to trace the militants.

Traffic on the highway also leading to world famous ski resort of Gulmarg, Kupwara and Uri was disrupted for several hours. However, traffic was diverted through alternative routes.

A police spokesman said that IGP Kashmir and all ranks of Kashmir Zone Police paid rich tributes to martyrs 73 Batallion, who made supreme sacrifice in the line of duty. We stand by their families at this critical juncture.

He said preliminary investigations indicate that this attack was planned and carried out by the militants affiliated with proscribed LeT.

Police has registered a case in this regard under relevant sections of law. Investigation is vigorously going on and police continue to work to establish the full circumstances of this crime besides identifying the militants involved in the crime.

On December 29 and 30 intervening night last year three militants were killed by Army in the same area. However, family members of the contested the security force claim and said all the three were innocent who were killed in a fake encounter. On November 26 last year two army personnel were killed on the highway in militant attack. (UNI)