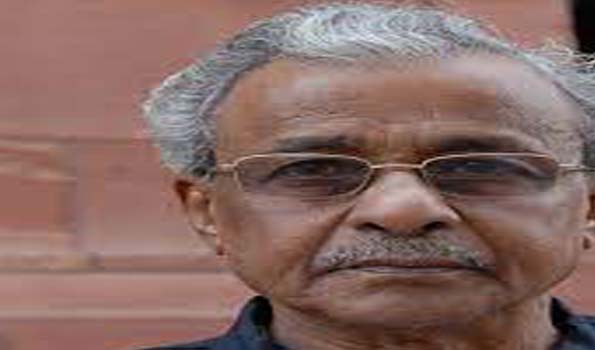 Suvendu Adhikari, who is pitted against his former leader and TMC candidate and chief minister Mamata Banerjee at the Nandigram assembly seat, on Wednesday said that his father would join the PM rally at Kanthi on March 24.

“I would request him (Sisir Adhikari) to attend a BJP rally when Union home minister Amit Shah held a rally in the district,” said Suvendu Adhikari during an electioneering on Wednesday.

Mr Shah is expected to address a BJP rally at Egra on March 21.

Seventy-nine-year-old Sisir Adhikari, who is representing the Kanthi parliament seat in East Medinipur since 2009, recently said that their Adhikari family members have been targeted by the TMC for the past 3 months.

He also said that Mamata Banerjee was contesting the Nandigram seat with vengeance to end the political career of his son Suvendu, who switched over to BJP. Suvendhu Adhikari’s younger brother Soumendu Adhikari also joined the BJP.

“If my son ( Suvendu) requests me to campaign for him I would do so if my health permits,” said Sisir Adhikari.

The Adhikari family members all were with the TMC for the past two decades.

While former Transport minister Suvendhu Adhikari quit the ministry, his MLA post from Nandigram and his former party TMC after differences cropped up with TMC youth leader, and also the nephew of the chief minister, Abhiskeh Banerjee, his junior brother Soumendu quit chairmanship of TMC run Kanthi municipality and joined the saffron party.

Now Sisir Adhikari was sitting in between and his other son and Tamluk MP Dibyendyu Adhikari is now with the TMC. (UNI)