IPL 2021: Adam Zampa to miss RCB’s season opener against MI for THIS reason

Bengaluru: Australia and Royal Challengers Bangalore (RCB) leg spinner Adam Zampa will miss the opening game of upcoming IPL 2021 due to his marriage, the team’s director of cricket Mike Hesson confirmed on Wednesday. 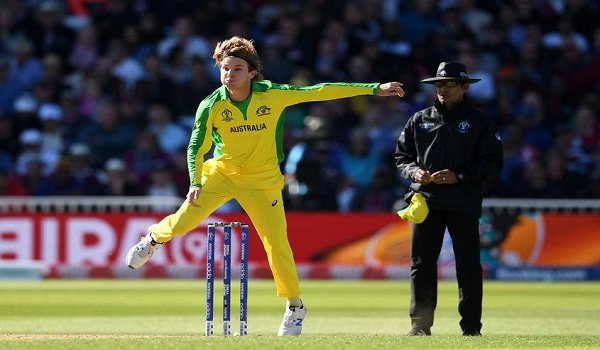 The Royal Challengers will play against defending champions Mumbai Indians on April 9 in the tournament opener, to be held in Chennai.

“We won’t have our full contingent of overseas players available for the first game,” Hesson said in a video posted on the franchise’s Twitter page. “Adam Zampa is getting married. It’s an important time for him and it’s something that as a franchise we are aware of and we respect and we hope he has a great time. So when he joins us, once again he is going to be fresh and make a massive contribution to the rest of the tournament,” he added.

Most of the Royal Challengers’ overseas players including AB de Villiers and Glenn Maxwell will arrive in India in a staggered manner, depending on their international engagements and also the NOCs from their respective boards.

While some members of the squad have already assembled and quarantining in Chennai, head coach Simon Katich’s arrival from Australia has been delayed due to a documentation issue. The Indian players including skipper Virat Kohli will arrive post the England ODIs, possibly after a short break of a day or two. Players and team staff will have to be quarantined for a week and clear  Covid-19 tests before they are integrated into the bio-bubble meaning  that many of the Playing XI is likely to train together for the first  time only a day or two out from the opener.

“The thing we noticed last year, when you are in the bio-bubble you don’t want to jam-pack everything into the first few days. You want to make sure your culture is quite organic and it’s something that develops and grows as we start to understand and respect that our players have been in bubbles potentially the last 6-8 months and have gone from bubble to bubble,” Hesson said.

“We are making sure we are functioning and firing for the whole tournament and not just push guys for the first game,” he added. The Royal Challengers will start their camp in Chennai on March 29, a day after India’s ODI series against England gets over. (UNI)