Lahore: Pakistan have recalled Haris Sohail for the ODIs while Imad Wasim makes a return in the T20I squad for the England and West Indies tours, starting July 8. 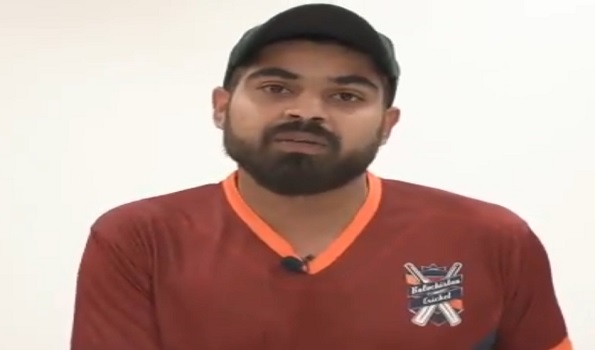 They have also named a 21-man squad for the two Tests against West Indies.

While retaining the core members of the side, Pakistan have named Azam Khan, an uncapped right-hand batsman, in their T20I squad which is lined up to play three T20Is against England and five against West Indies ahead of the ICC Men's T20 World Cup later this year.

They have included fast bowlers Mohammad Abbas and Naseem Shah in the mix for the two Test matches against the West Indies in August after they missed out on the South Africa and Zimbabwe series.

Yasir Shah's inclusion is subject to his clearing the fitness test as the wrist-spinner is yet to fully recover from a knee injury that sidelined him from the Zimbabwe Tests. Pakistan have retained leg-spinner Zahid Mahmood along with left-arm spinner Nauman Ali and off-spinner Sajid Khan for the Tests.

Uncapped Saud Shakeel has also reclaimed his spot after missing South Africa ODIs due to an injury while Salman Ali Agha has been called up for ODIs.

“We have remained consistent in our selection and kept the same core of cricketers who have been in the set-up for a while,” he said.

"This is an extremely important and critical tour for Pakistan as we will be playing the ICC Men's Cricket World Cup Super League ODIs against England as well as the T20Is against England and the West Indies as part of our preparations for the ICC Men's T20 World Cup. The Jamaica Test will count towards the ICC World Test Championship," Wasim said.

"Mohammad Abbas has regained his form, Naseem Shah and Haris Sohail have reclaimed the required fitness standards, while Imad Wasim has been recalled considering the T20 World Cup is likely to be held in the UAE and he enjoys an excellent record there," he said.

"The players who have missed on selection will remain part of our strategy, and, as such, they will continue to work on their technical game at the National High Performance Centre under the watchful eyes of Mohammad Yousuf and Saqlain Mushtaq," Wasim added.

Pakistan will play three ODIs and three T20Is in England from 8-20 July, before taking on West Indies in five T20Is, followed by two Tests.