BJP will form govt in Bengal with win over 200 seats: Amit Shah in BJP’s Kharagpur roadshow

Kharagpur: Union Home Minister Amit Shah on Sunday reiterated that BJP would form the next government in West Bengal with a win over 200 seats in the assembly polls and implement all the Central welfare schemes. 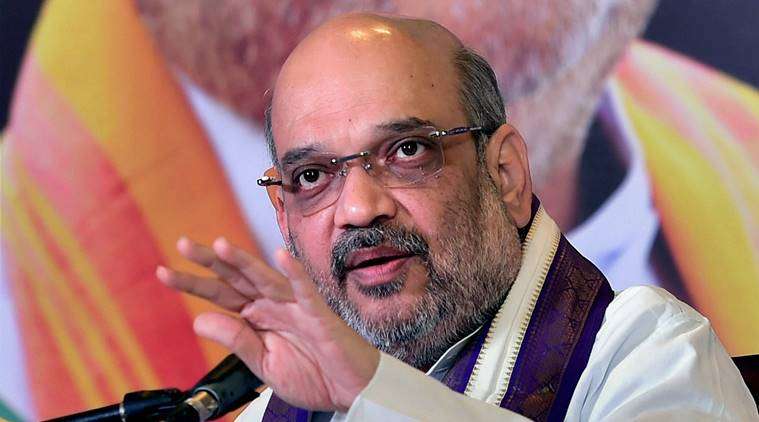 Talking to a private TV channel during a roadshow for BJP candidate Hiron Chatterjee in Kharagpur,

Mr Shah pointed out the huge gathering, who he said had made up their mind to vote for a BJP government in Bengal under Prime Minister Narendra Modi’s leadership.

The home minister said the BJP would ensure all the welfare programmes of the Centre were implemented and infiltration across the borders of Bengal was stopped.

Asked to comment on TMC’s accusation that some police officials were being transferred at the behest of the BJP, Mr Shah said the ECI was an independent institution.

“Why Mamata Didi is fearing the police officials if she is the leader of the people,” Mr Shah said.

“We do not fear the policemen if one district policemen are transferred,” he added.

Mr Shah said the BJP would come to power in Bengal winning over 200 seats and form the government.

West Bengal will go to an eight-phase poll from March 27 for the 294 seats.

Mr Shah led the roadshow for BJP candidate Hiron Chatterjee amid chanting of “Jay Shree Ram” and “Bharat Mata Ki Jay” by as hundreds and thousands of saffron brigade activists.

The maiden roadshow of Amit Shah in Bengal after the ECI announced the eight-phase assembly election schedule.

The 1 km roadshow from Maloncho in the industrial town of West Medinipur took over an hour.