New Delhi:The wife of jailed gangster-turned politician Mukhtar Ansari on Tuesday approached the Supreme Court seeking protection for her husband when he is transferred from Ropar jail in Punjab to Banda jail in Uttar Pradesh following the Apex Court's direction. 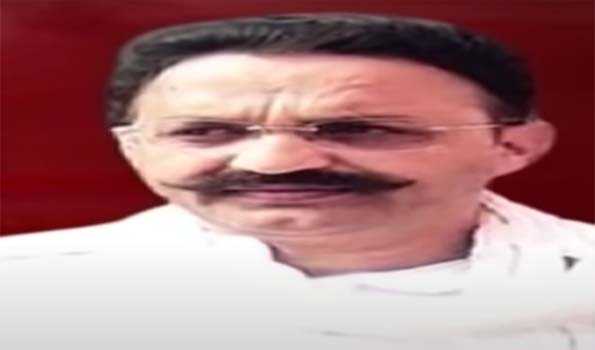 Afshan Ansari in her petition stated that her husband, who is a BSP MLA from Mau, is in danger of being killed in an encounter.
In her plea filed through Advocate-on-Record Parul Shukla, she also requested the Top Court to grant security and protection to her husband while he is shifted to UP to be lodged and produced before the Judge.
'I have full faith in the judiciary but the Uttar Pradesh government can not be trusted... It harbours ill intention toward Mukhtar,' Afshan Ansari, who was a Lok Sabha member from Ghazipur in the state, said.
The plea contended various attempts to eliminate Ansari over the years and also highlighted various threats meted out to him.It was also referred in the petition about the encounter of gangster Vikas Dubey.
It further said that various statements have been made in the press regarding how Ansari would be encountered.A hundred-member team of Uttar Pradesh Police was in Punjab to bring Ansari to Banda district jail. He will be brought back to UP by road.
On March 26, the Apex Court allowed a transfer petition filed by the Uttar Pradesh government seeking the transfer of Ansari to the state.
Ansari was initially lodged in a jail in UP as an undertrial when the Punjab Police obtained a production warrant against him on a complaint of extortion and criminal intimidation and brought him to Punjab.


As part of the preparations, the Banda jail has been turned into a fortress as security in and outside the jail has been beefed up.All prison staff of Banda have been asked to report on duty and their leave's have been canceled.

The DIG, along with the jail superintendent and the jailer has inspected the entire jail complex and prepared a roadmap for the security arrangements. The medical staff has also been increased.
The staff and security personnel in the Zonal Prison is of about eight hours, but after the news of Mukhtar’s arrival, the duty hours have been increased to 12 hours.Two additional police posts have been set up outside Banda Jail, where a battalion of PAC has been deployed.(UNI)