Silchar: Cachar district of Assam created world record by creating longest street art for voter awareness on the road which is stretched about 8.1 km from Dalu market to Haticherra on Sunday. 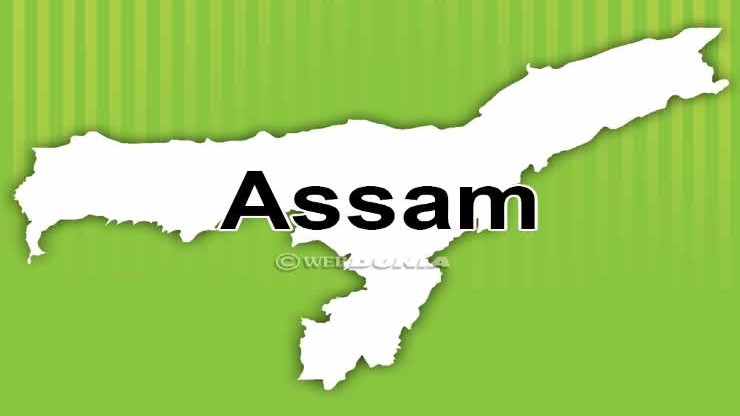 The record was created for making the longest Rangoli for voter awareness by district administration Cachar on Sunday with about 1500 participants made the longest Rangoli measuring 26,837 ft , (8.18km) in length and 6ft in width on a road that runs through green lash tea gardens.
The prrogramme was organised under Systematic Voters Education and Electronics Participation (SVEEP). The adjudicator from India Book of records Jitendra Kumar Jain monitored the whole process.
The work had started from Dalu point of the highway at 5 am. Eight-km long road was arranged with different types of awareness messages. This mega awareness program has been attended by college and university students, SHG Women, tea garden workers, police officers, Assam Rifle, BSF, CRPF army personnel who voluntarily offered their services and time making it an inclusive exercise.
Cars were moving on one side of the highway and Rongoli was formed on the other side.
Cachar deputy commissioner Keerthi Jalli said, this is unique and first of kind voter awareness programme in the country. "As per the records, the record for drawing the longest Rongoli in India is four-km. I am a female deputy commissioner and about half of my officials are women. Half of our voters are women and half our artists here are women that include first time voters too. So I am sure women voters specifically will be attracted" she added.
Jitendra Kumar Jain from the India Book of Records team said "There had been efforts in the past for spreading voting awareness in the past but as far as longest Rangoli is concern, today's is the longest in the world". "We are following international protocol for records" he asserted.A cake was also cut by the dignitaries to celebrate the occasion.
(UNI)