Baikonur (Kazakhstan): The Soyuz-2.1a rocket with Soyuz MS-18 spacecraft painted with the portrait of Russian cosmonaut Yuri Gagarin was set up on Tuesday at the 31st launch pad of the Baikonur cosmodrome ahead of the next mission to the International Space Station (ISS), a Sputnik correspondent reported. 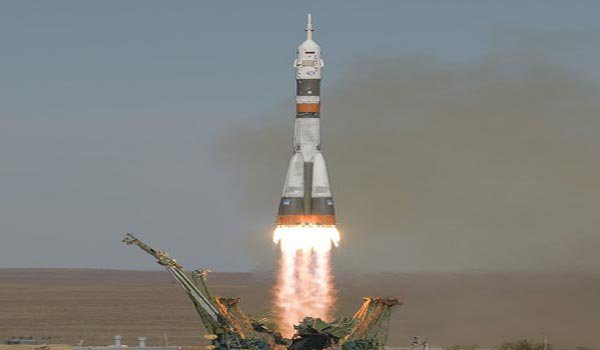 (Representative image)
The rocket was previously delivered by a special train from a facility where it had been assembled. After setting the rocket in a vertical position, specialists began preparations for the launch scheduled for April 9.

The launch will be carried out several days before the 60th anniversary of Gagarin’s flight in space. The Soyuz spacecraft was also named after Gagarin, whose name and portrait is painted on its hull.

On April 9, Russian cosmonauts Oleg Novitskiy, Petr Dubrov and US astronaut Mark Vande Hei will arrive at the ISS by spaceship Soyuz MS-18. Their arrival will start the 65th ISS expedition.

On April 12, 1961, Gagarin pronounced his famous “Poyekhali!” (Let’s Go!) as the Vostok spacecraft lifted off the ground, taking the first person ever to space. After orbiting the Earth once, the re-entry module landed on the territory of what was then the Soviet Union. (UNI)