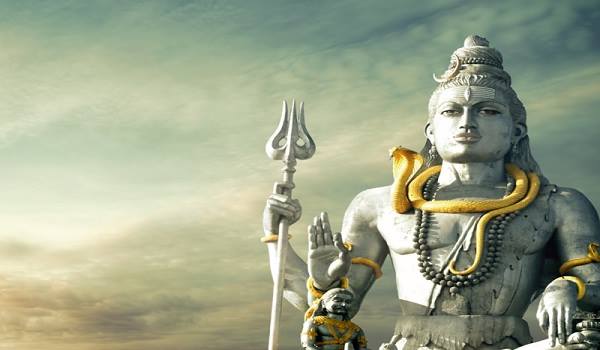 In Jammu region,Devotees thronged the holy Ranbireshwar temple and performed special Pooja of Lord Shiva.Though rush of devotees was normal during the wee hours but swelled as the day progressed.The devotees offered flowers, Bel leaves, milk, curd, etc to the'Shivlingam'.
Famous temples here including ‘Aap Shambu' at Roop Nagar, Peerkho, Raghunath Temple, Shiv Dham, Shiv Parvati Temple, witnessed unprecedented rush of devotees.Meanwhile, special arrangements have also been made for night long prayers in the temples.The traffic jams were also witnessed on various roads leading to famous temples.
Special 'langars' were also organised by religious bodies at temples while security arrangements were made for smooth and incident-free celebrations.On the eve of Maha Shivratri, the devotees of Lord Shiva took out impressive Jhankis, as ‘Shiv Baraat’, and passed through the main streets of city.

The Shiv Baraat was taken out after performing religious rituals and pooja in the temple premises by devotees.A large number of devotees from Jammu and outside the State accompanied the Baraat.The devotees were also chanting the religious hymens and singing 'Bhajans' in praise of Lord Shiva.
The participants followed COVID guidelines and attended the occasion wearing masks.
Jammu and Kashmir Lieutenant Governor Manoj Sinha has extended heartiest greetings to the people on the eve of Maha Shivratri celebrated as Herath by Kashmiri Pandits.In his message of greetings, the Lt Governor observed that this festival symbolizes the values of devotion and harmony, which are the hallmarks of glorious tradition and cultural ethos of J&K.

He hoped that the festival would strengthen the bonds of communal harmony, peace and amity amongst all in the society."My greetings to all on the auspicious occasion of Mahashivratri. I pray for sustained peace and development in J&K and well-being of its people," said the Lt Governor.
Maha Shivaratri celebrated in Telangana with religious fervour
Hyderabad:Maha Shivaratri, one of the most significant Hindu festivals, was celebrated across Telangana with religious fervour and usual enthusiasm on Thursday.
Devout Hindus throng Shiva Temples across the state to offer special 'Poojas' (Prayers) on the occasion with the famous pilgrim centres like the ones located in Vemulawada and Keesaragutta attracting lakh of devotees besides Telangana from neighbouring states.
Ardent devotees observe fast and plan to keep awake all night on Maha Shiratri and offer prayers to Lord Shiva chanting the mahamantra 'Om Namah Shivaya'.Shops selling fruits and flowers did brisk business in view of the festival.
Mahashivaratri: CM BSY and dignitaries greet Karnataka citizens
Bengaluru: Chief Minister BS Yeddyurappa wished the citizens on the occasion of Mahashivaratri.
In a tweet, he said, "the devotional wishes of the Mahashivaratri festival to all the people of the state and country. May the Lord save the world from hardship, pain and disease, and pray that may bless the earth, health and happiness to all."
Meanwhile, Former CM HD Kumaraswamy tweeted, "Today is the day of the worship of Lord Shiva, who is all over the world. I wish all the blessings of Nanjunda for the sake of the world."
Opposition leader Siddaramaiah tweeted, "May the auspicious Maha Shivratri be the welfare of the people. Let welfare be a crop of snails."Maha Shivaratri is a Hindu festival celebrated annually in honour of the god Shiva.


Maha Shivratri observed in religious and festive mood in Hamirpur
Hamirpur: Maha Shivratri was celebrated throughout the district with great enthusiasm and traditional gaiety.
All Shiva temples were beautifully decorated and people offered 'Doodh Lassi' to Lord Shiva.
Main function was held at the Gasoteshwara temple located at Gasota Kaswa of the district where long queues of devotees were seen since early morning to pay respect to the Lord Shiva.People were singing religious songs and moving step by step towards the 'Lingam' that has its own long history.
There was heavy rush of the devotees at the temple of Baba Balak Nath, the incarnation of Lord Kartikeya, the son of Lord Shiva since early morning. People offered roates and prashad and also held Puja in the temple for their well being and welfare.
Though the district administration had told the people to abide by the COVID-19 guidelines while visiting the temples, yet social distancing norms were openly floated as it was beyond control to stop the rush of the devotees visiting the temple to pay their obeisance to the Lord Shiva.
Former chief minister PK Dhumal also visited a local Shiva Temple and offered prayer there. He has sent congratulations to the people for the Maha Shivratri. He said that such functions were needed every year as they reminded us of ours glorious past and how deities were worshiped by the people since time immemorial.


Temples in capital see huge turnout of devotees on the occasion of Mahashivratri
Ranchi:Temples across the state capital on Thursday witnessed a huge rush of devotees eager to offer Jala-Abhishek to Lord Shiva on the occasion of Mahashivratri.
At the Pahadi Mandir in the capital since 0330hrs long queue of devotees was seen outside the temple. Here first Ranchi DC Chhavi Ranjan and SDO Sameera S performed the Puja after which the gates of the temples where opened for the people.
Officials of the Pahari Mandir Management Committee said that till 1730 hours Jala-Abhishek will be allowed after which the Shringar Puja will be performed in the evening and after the Maha-Aarti again the doors of the temple will be once again opened for the people.
This time in wake of coronavirus the district administration has not allowed showering of flowers and rose water on the devotees and for the first time Shiv-Baraat will also be not taken out in the city.
The devotees are offering Jala-Abhishek through the argha system inside the temple.In wake of Shivratri, the district administration has made elaborate security arrangements in the city as apart from Pahari Mandir in other prominent Shiv temples of the capital since the very early morning policemen had been deployed. Further additional jawans were also posted on prominent spots in the city.
At Pahadi Mandir in particular, 40 CCTV cameras have been deployed to keep an eye across the entire premises while 200 volunteers and 250 district police jawans have been also positioned for security.Across the city, 500 additional policemen have been deployed.


Mahashivratri celebrated with pomp gaiety
Patna:The festival of Mahashivratri was celebrated with pomp gaiety in Bihar today.The long queue of devotees was seen in the temples since morning to offer special prayer to Lord Shiva on the occasion of Mahashivratri.
People thronged near the holy river Ganga and other ponds and after taking a dip they offered a prayer on the occasion.The temples of Lord Shiva were decorated with flowers.Religious tableaux about Lord Shiva were taken out in the state capital as well as in other districts.
Elaborate security arrangements were made to maintain law and order and for a peaceful celebration of the festival.(UNI)