Guwahati: The Election Commission has directed the Criminal Investigation Department (CID) of Assam Police to probe the sharing and creation of the doctored video of AIUDF supremo Badruddin Ajmal. 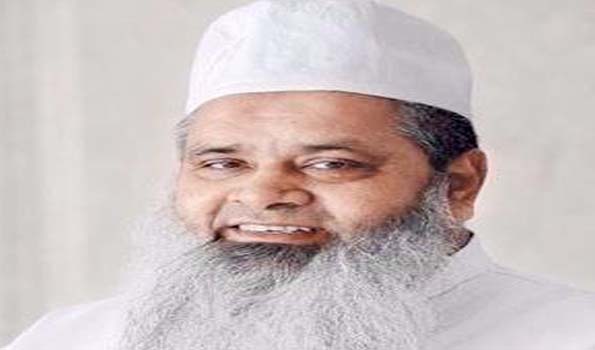 The development was informed by the Additional Chief Election Officer in a letter to activist Saket Gokhale.

“The Director-General of Police, Assam has entrusted the investigation of the case to CID, Assam, and the CID has been instructed to use all investigative tools including video forensics while conducting the investigation,” the letter read.

AIUDF chief Badruddin Ajmal has threatened to sue LRO for uploading a doctored video on its social media pages.

The video, which went viral on social media has been checked by various independent fact-checkers. The fact-checkers found the video to be doctored.

The NGO - Legal Rights Observatory (LRO) had uploaded the video on its social media pages claiming that Ajmal made anti-national statements.

Ajmal alleged that parts of a speech that he had delivered ahead of the 2019 Lok Sabha elections were merged in the doctored video.

“The doctored video says the Mughals ruled India for 800 years and the British ruled it for 200 years, and now Congress-AIUDF will make Assam an Islamic state. This is a fake video,” Badruddin Ajmal said. (UNI)