Kolkata: Suffering from the constant political erosion, TMC has finally got the big fish in their net. Former BJP leader and Finance minister Yashwant Sinha has joined the party ahead of the Bengal elections. 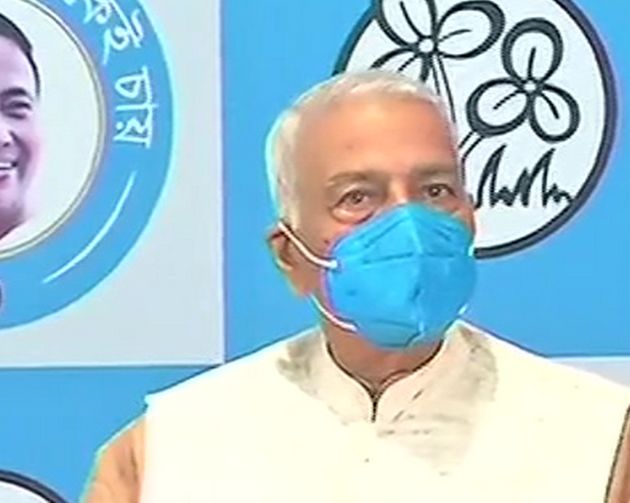 According to the sources, Sinha embraced membership at the TMC headquarter located in Kolkata. Yashwant Sinha held foreign affairs under the then prime minister Atal Bihari Vajpayee. His son Manoj Sinha has been a minister in the cabinet of the Modi govt.


Eighty-three-year-old former BJP leader, who held the finance portfolio in the AB Vajpayee government, said he was grateful to Mamata for allowing him to serve West Bengal's ruling party.
The octogenarian politician joined the party in presence of TMC leaders Subrata Mukherjee, Sudip Banerjee and Drerek O Brien.

However, Yashwant Sinha has kept himself aloofed from active politics. In 2009, he resigned as BJP's vice-president. He has also been an outspoken critic of the policies of the Modi government.
Born and educated in Patna, Bihar, Sinha received his master's degree in political science in 1958 and also taught the same subject at Patna University for nearly 2 years. In 1960 Sinha joined the Indian Administrative Service and held various positions for 24 years. He also served as Under Secretary and Deputy Secretary in the Finance Ministry, Government of Bihar for 2 years.
Between 1971 and 1973 he served as the First Secretary (Commercial) at the Indian Embassy in Bonn (Germany). Later served as the Consul General of India in Frankfurt between 1973 and 1974. He also worked as Joint Secretary in the Ministry of Surface Transport, Government of India from 1980 to 1984.
Sinha resigned from the Indian Administrative Service in 1984 and joined the Janata Party of Chandrashekhar. In 1988, he was appointed t to the Rajya Sabha. Sinha was appointed as  the general secretary of the Janata Dal after  the party was formed in 1989. He also served as finance minister in Chandra Shekhar's cabinet from November 1990 to June 1991. Sinha, who was an MP from Hazaribagh's seat in Jharkhand, surprisingly lost the election in 2004 polls.