Mamata to be back soon on campaign trail from this date

Kolkata:Trinamool Congress (TMC) party president Mamata Banerjee will be back on the campaign trail from March 15, party sources said here on Saturday. 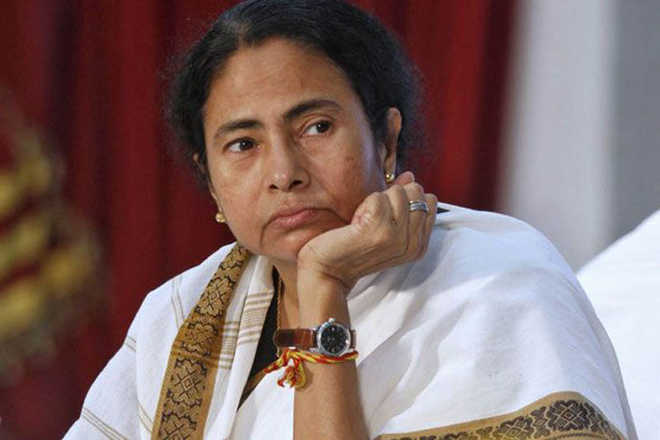 Ms Banerjee will hold a public meeting in Purulia on March 15, Bankura on March 16 and Jhargram on March 17.
The TMC supremo was discharged from the SSKM Hospital on Friday, 48 hours after she suffered a foot injury during campaigning at the high-profile Nandigram constituency.

After her release, the chief minister was seen coming out of the hospital in a wheelchair.The TMC supremo suffered injuries when she was on a two-day visit to Nandigram from where she filed her nomination on Wednesday.Ms Banerjee alleged that she was pushed by a few unidentified people during her election campaign.


Bengal CS likely to submit fresh report to EC on Nandigram incident
West Bengal Chief secretary Alapan Bandopadhyay is likely to submit fresh report to Election Commission (EC) on Nandigram incident this evening.
The findings will be contributed to by the Special Observer and Police Observer appointed by the EC.
The Election Commission has asked Chief Secretary to furnish details like how the incident took place and who could be behind it by Saturday, an EC official said.
Earlier, report stated that the injury was caused due to the car door slamming on Mamata Banerjee's leg.
The report mentions a massive crowd gathering on the road but does not clearly mention what led to the door closing on Banerjee's left leg. It also does not clearly state whether some people deliberately closed the door on Mamata Banerjee.
The report also mentions the presence of an iron pole near the car, but does not state whether the door closed on account of it brushing against the pole. EC officials are currently discussing the report over video conferencing.(UNI)