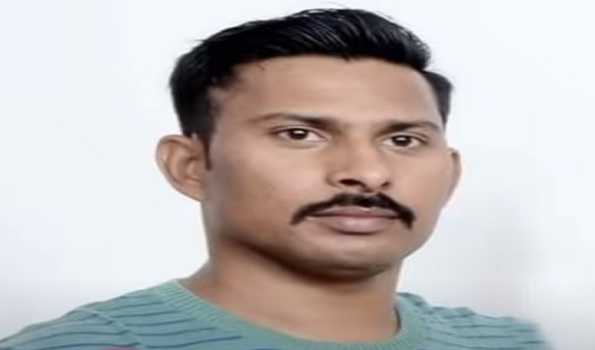 Manhas will be taken to hospital for medical check up, a State police official said, adding that he was released to the negotiation team in front of hundreds of the villagers in Tareem.
According to the sources in Bastar, the commando will be taken to Basaguda CRPF camp and later, will be flown to Raipur.
The Chhattisgarh Government had appointed two-member negotiation team to mediate hostage crisis.As many as 22 CRPF personnel were martyred in the deadly ambush on April 3.
According to another sources in the Chhattisgarh police, the safe release of CRPF Commando was made possible after constructive engagement and perusal of the mediators, appointed by the state Government and also Padma Sri Sharmapal Saini, who played an important role in the process.
The jawan was handed over to CRPF’s Deputy Inspector General (Bijapur) Komal Singh at the Basaguda camp in Bijapur and his medical checkup has been underway, sources in the CRPF said.
They also said the jawan will be kept at a camp and will soon be put through a ‘debriefing’ session to understand the circumstances as to how he was taken away by the Maoists and what happened with him during the custody.
He will be asked that how he was left detached at encounter site when the Force was heading back to their base.
Officials in the force was briefed by fellow buddy that reportedly Manhas sat down exhausted during the ambush while on their way back to their camp on the fateful day. A heavy exchange of gunfire is believed to be the probable reason for the commando getting detached from his unit and buddy.
Earlier, the CRPF jawan from its elite COBRA unit, along with a team of journalists and the two mediators reached the Basaguda CRPF camp after he was released to the negotiation team at Tarem, the place near the encounter site in front of hundreds of the villagers.
Responding to the call of the Naxal, the Chhattisgarh government had appointed a two-member negotiation team to mediate the hostage crisis.
Manhas, a resident of Jammu, was abducted last Saturday during the fierce encounter between joint team of security forces and the Maoists in which 22 jawans were killed and several injured.The security forces also inflicted casualties on the Naxals.
Expressing gratitude to Prime Minister Narendra Modi and Union Home Minister Amit Shah after the release Manhas, who originally hails from Jammu, the family on said that is the happiest moment of their life.
"Today is the happiest day of my life. I always remained hopeful of his return. I thank the government," Meenu, wife of the CRPF jawan, said.
On Tuesday, the outlawed CPI (Maoist) had issued a statement in Hindi saying its cadres had abducted the CoBRA commando from the site of the ambush and demanded that the Chhattisgarh government appoint interlocutors to ensure his safe release.(UNI)