New Delhi:The Supreme Court on Wednesday dismissed a plea of activist Gautam Navlakha, seeking bail in the Elgar Parishad-Maoist link case of Bhima Koregaon in Maharashtra.
A bench of justices UU Lalit and K M Joseph dismissed the appeal of Navlakha against the Bombay High Court order denying him bail in the case. 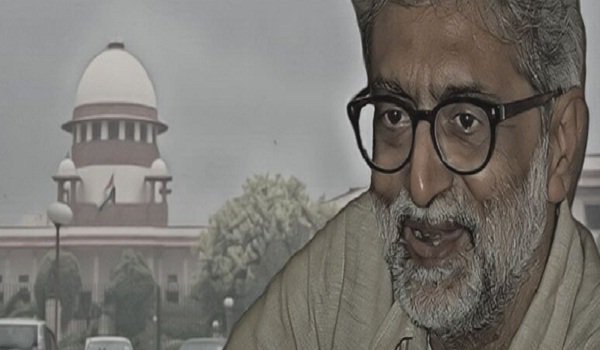 The activist wanted to include the 34-day period of his unlawful custody in 2018 while computing the period for filing the charge sheet under the Unlawful Activities Prevention Act (UAPA).

According to the prosecution, some activists allegedly made inflammatory speeches and provocative statements at the Elgar Parishad meet in Pune on December 31, 2017, which triggered violence at Koregaon Bhima in the district the next day.It has also alleged that the event was backed by some Maoist groups.(UNI)