Indore: The photo of a girl appearing to be a fruit seller from Indore city went viral on social media and an appeal to help the little girl was made, even the Chief Minister of the state Shivraj Singh Chouhan issued the necessary guidelines based on this viral message. However, the story took an unprecedented turn as the girl for whom help was sought turned out to be from a well-off family. The person who made this photo viral didn't go for a reality check. 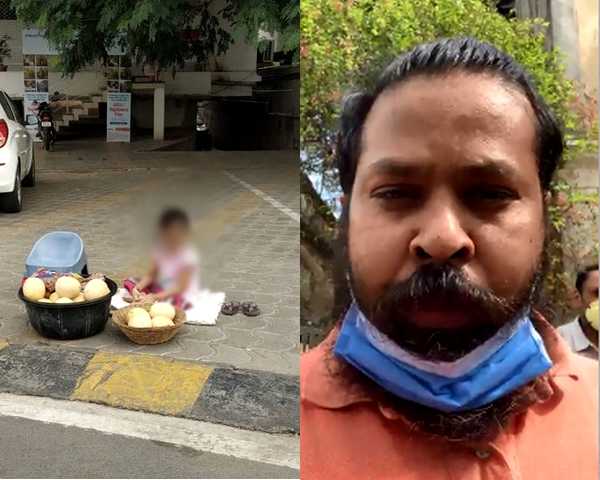 CM Shivraj Singh Chauhan also posted a viral message and directed the concerned officials in this matter. The father of the little girl was also contacted by the responsible officials. The child's father Neeraj Vishwakarma politely turned down the offer of help, saying he did not need it.
In a conversation with Webdunia, The girl's father Neeraj Vishwakarma told that her daughter plays with her servant's children who owns a fruit shop. In a playful situation, his daughter might have taken the place of the servant's kid. Although He said that the person who made the photo viral didn't have any ill intension, a reality check is required before posting anything on social media.

Neeraj stated that after this photo went viral, calls started coming from my acquaintances. People began questioning 'what forced you to seek help like this'?. He said that I had to convince people time and again that I did not need any kind of help. I am able to help others when required.
Vishwakarma thanked the Chief Minister for taking the issue seriously during the Corona period and appealed that the administration should show a similar kind gesture to the ones who are really needy in this era. He also said that before making any photo or information viral, we must confirm its genuineness. In order to keep away this kind of confusion. (WD)