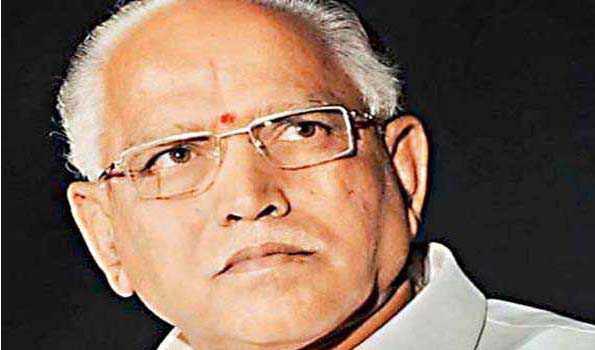 The Chief Minister in a tweet said he was tested positive for covid-19 after being tested for fever.  Those who contacted him during the last few days may go for test and home isolation.

A statement from the Chief Minister’s office said Yediyurappa will be shifted to Manipal hospital from Ramaiah Memorial hospital where he was admitted earlier. “After he had fever, he was taken for a checkup to Ramaiah Hospital. His COVID-19 test result returned positive and he is being shifted to Manipal Hospital,” the statement from the CMO said.

The Chief Minister had on Friday morning held an emergency meeting over the COVID-19 situation at his residence. Health Minister K Sudhakar and BBMP Commissioner Gaurav Gupta were also present. Yediyurappa had taken his first dose of the COVID-19 vaccine on March 12. He had tested positive for the virus earlier too, in August 2020.

He was admitted to Manipal hospital on August 2 and was discharged only on August 10 after he tested negative for the virus.

Yediyurappa has been campaigning for byelections and was on campaign trail till Thursday. He has reportedly been complaining of fever, fatigue for the last three days.

Members of Yediyurappa’s family, cabinet colleagues, members of his personal staff as well as bureaucrats who have been in touch with him have been advised to self isolate and test themselves immediately. (UNI)