Lucknow: Under the Madarsa modernisation plan, the Yogi Adityanath government in Uttar Pradesh is going to give a huge gift to more than three lakh students studying in over 17,000 Madrasas of the state, before the start of Ramzan. 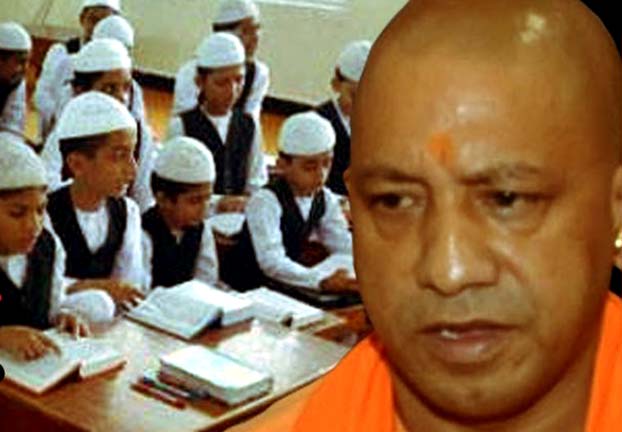 Students who have given the Intermediate examination from Madrasa Board in Uttar Pradesh, will now be able to pursue higher education by enrolling in Central Universities.

Apart from this, they can now join the Indian Army and serve the Nation.

As per the instructions given by the Chief Minister Yogi Adityanath, the UP Madrasa Board is going to register itself in the Council of Board of School Education (COBSE) soon.

This step of the government will make it easier for the Madarsa Board students to enrol in Central Universities.

In the current scenario, the Madarsa Boards are not registered in COBSE, and therefore, the students are restricted to enrol in the state university itself.

Mr Zirgamudin, a member of the UP Madrasa Board, said here that the previous governments did nothing in the interest of the Madrasa students and were just seeking votes in the name of Madarasas.

Elaborating on it, Mr Zirgamudin said, “Students here do not even apply for Central government jobs. In fact, their dream of joining the Army and serving the nation remains unfulfilled.  The Yogi-government has done commendable work for the Madarsa students in his four-year tenure. The government’s biggest decision is to register the madrasa board in COBSE.”

Adding to this, Zirgamudin said that the Madrasa board has started the registration process at COBSE.

The work of preparing documents is being done. A meeting has been held with the officials of the government as well. It is expected that the madrasa board will be registered in COBSE by the start of the new session. This will be a major achievement for the Madrasa Board.

Earlier, the Yogi government of the state has done the work of implementing NCERT books in Madrasas so that the students can connect with modern education along with the traditional Deeni Talim.

Not only this, as soon as the Yogi government was formed in 2017, the first thing done was to conduct the examinations on time ensuring that the students can enrol on time for pursuing higher education. On the pattern of the UP board, the examinations of the Madrasa Board began to be held in February.

It is noteworthy that there are 558 government aided Madrasas and about 17,000 private Madrasas operating in the state. (UNI)