Johannesburg: South Africa head coach Mark Boucher on Wednesday revealed that AB de Villiers cancelled his plan to come out of international retirement and represent the national team in the upcoming ICC World T20, after getting concerned over snatching away another player's spot in the team. 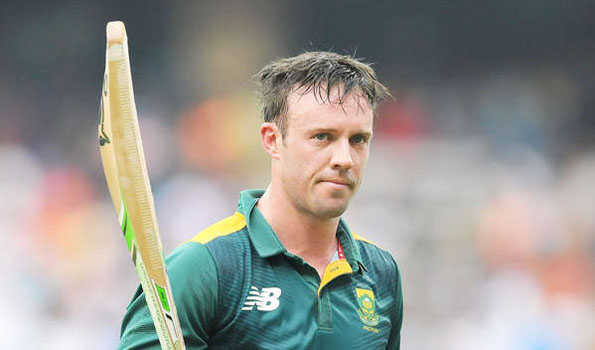 De Villiers and Boucher had been in touch regularly discussing the star batsman's potential comeback plans ahead of the T20 World Cup later this year.

However, Cricket South Africa on Tuesday announced that De Villiers has decided not to come out of international retirement, saying that his mind won't change 'once and for all'.

According to Boucher, the veteran cricketer wasn't comfortable with the fact that a player who has been with the squad in recent times will have to make way for his inclusion.

"AB has his reasons, which I respect. Unfortunately, he's no longer in the mix. I say unfortunately because I think we all agree that he's still one of the best, if not the best T20 player in world cricket," Boucher said to 'The Citizen'.

"But he alluded to being concerned about coming in ahead of other players who have been a part of the system. I don't think it sat well with him, which I understand,'' he added.

In May 2018, De Villiers had announced his retirement from international cricket. He played 114 Tests, 228 ODIs and 78 T20Is before announcing his surprise retirement.

With the saga that stretches way back to 2018 finally coming to an end, Boucher now wants to move forward.

"As a coach, I needed to try and get our best players, for the team and the environment. AB is an energy-booster in any environment, but I respect his reasoning. It was worth a go, but now let's move forward," he said. (UNI)