Melbourne: Cricket Australia (CA) on Monday named a 23-man preliminary list for the upcoming tour of the West Indies, with eight stars returning after missing their last white-ball campaign. 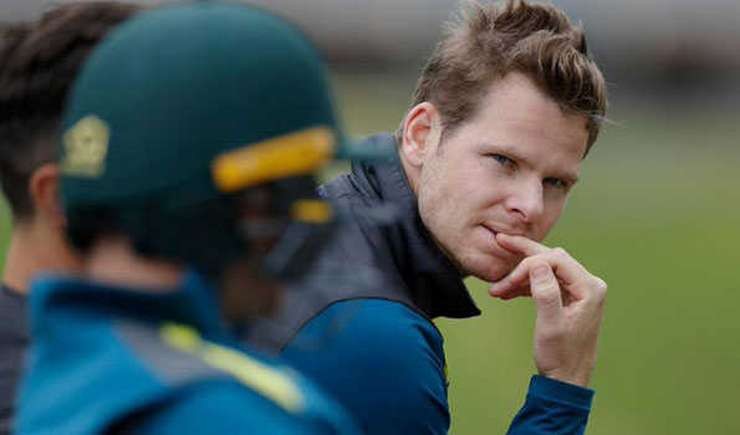 Australia’s men’s team are scheduled to play five T20Is in St Lucia and three ODIs in Barbados in July, giving them an opportunity to prepare for this year’s ICC T20 World Cup and a chance to climb the ICC Cricket World Cup Super League standings.

In a boost for Australia, all eight of Steve Smith, David Warner, Pat Cummins, Mitchell Starc, Josh Hazlewood, Moises Henriques, Alex Carey and Mitchell Swepson were included among the 23.

All of them were absent from Australia’s 3-2 T20I series loss to New Zealand in February after being named in the Test squad for the now-postponed tour of South Africa.

“Having players of that calibre back in the squad is critical to the build-up to the T20 World Cup and refining the balance of the team over the coming months,” said National Selector Trevor Hohns.

“This preliminary list gives selectors a solid base from which to choose a final touring party in the coming weeks while allowing players to prepare. The Australian men’s T20 squad has the ability to match it with any team in the world and the competition for places will be fierce, which is exactly what we are looking for,” he added.

With the T20 World Cup looming large, the Australians are looking forward to playing the reigning champions of the format.

“The West Indies men’s team has won two of the six ICC T20 World Cups played, including the most recent tournament in India and 2016, and this series will provide us with excellent preparation ahead of the 2021 edition in October and November,” he said.

With the 2021 World Cup set to be hosted on the slow pitches of either India or the United Arab Emirates (UAE), a host of spinners have got the nod of selectors.

“Mitch Swepson has been in exceptional form across all three forms of the game. His Big Bash performances with the (Brisbane) Heat have been superb, as was his bowling for Queensland,” Hohns said.

“Tanveer Sanga was extremely impressive for the (Sydney) Thunder and we regard him very highly. While he didn’t play in New Zealand it was a great opportunity for a young bowler to be around the group.

Along with the class of Adam and Ashton we are very fortunate to have four highly capable spinners on this list,” he added.

With Starc, Cummins and Hazlewood back in the squad, competition for selection in Australia’s bowling attack will be fierce. Quicks Kane Richardson, Jhye Richardson and Andrew Tye will all be vying for selection, as will Riley Meredith and Jason Behrendorff.

Batter Marnus Labuschagne will miss the tour given the logisticcal complexities of him joining the squad from the UK, where he is currently playing County Cricket with Glamorgan.

“Anyone who knows Marnus understands he would give absolutely anything to play for Australia and he is deeply upset to miss out due to circumstances beyond anyone’s control. We worked through numerous options in conversations with Marnus to find a workable solution but ultimately came to the conclusion it was more practical for him to remain in the UK,” said National Selector.

“Had we not been in the middle of a global pandemic Marnus would be on this tour as a well-established member and important part of the one-day side. It’s an unfortunate circumstance of the many challenges the world is facing right now.

As it stands, Marnus has the opportunity to continue in County Cricket and T20 games with Glamorgan as we head into the World Cup and home summer,” he added.

Even in Labuschagne’s absence, Australia will not be short on batting firepower.

Captain Aaron Finch will have the likes of Smith, Warner and Glenn Maxwell for company, as well as all-rounders Marcus Stoinis, Moises Henriques, D’Arcy Short, and wicket-keeper-batters Matthew Wade, Carey and Josh Philippe.