Israel’s president on Tuesday said no party leader has enough support to form a majority coalition but nominated Prime Minister Benjamin Netanyahu to form a government. 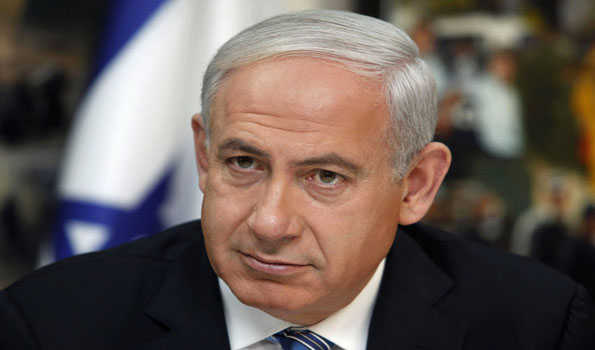 “I have come to a decision based on the numbers of recommendations [from lawmakers], which indicates that Benjamin Netanyahu has a slightly higher chance of forming a government,” President Reuven Rivlin said, adding: “I have decided to entrust him with the task of doing so.”

Netanyahu holds the most support - 52 seats - in Israel’s Knesset, but that is still short of a 61-seat majority.

“No candidate has a realistic chance of forming a government that will have the confidence of the Knesset,” Rivlin said.

“I know the position held by many, that the president should not give the role to a candidate that is facing criminal charges,” Rivlin announced as the embattled prime minister faces a corruption trial.

The nomination gives Netanyahu a new chance to try salvage his career. He is the country’s longest serving premier with a record 12 consecutive years in office.

What are the cases against him?

Netanyahu was charged last year over allegations that he accepted improper gifts such as cigars and champagne as well as trading favors with powerful media moguls.

One of the cases against him alleges that Netanyahu granted regulatory worth hundreds of millions of dollars to the owner of the Bezeq telecom company in exchange for positive coverage on its Walla! news site.

Netanyahu has slammed the charges against him as “fabricated and ludicrous” and has claimed to be the victim of an orchestrated “witch-hunt.” He says  prosecutors are trying to oust him from office.

Netanyahu will have at least 28 days to negotiate a coalition agreement.