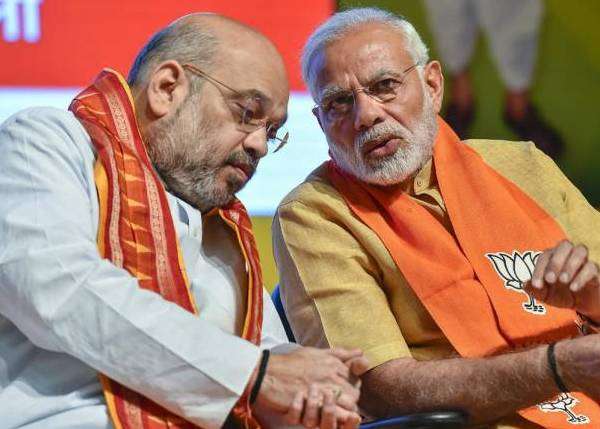 “I have told my father if possible, to at the Home minister rally,” Suvendu had said early this week.

“The people of West Bengal have given Congress, Left and TMC 70 years. But, these parties didn’t fulfil people’s aspirations. Presently, TMC is breaking all previous records of harassment and corruption,” Mr Modi said on his Twitter account today.

Sharing highlights from his Kharagpur rally on Saturday, Mr Modi further said “Will be in Bankura later today.”

If the PM Modi and Shah’s scheduled visit for the day fructified, then this will be the first time that BJP’s top two leaders will be seen in action on the same day in the state during this election season.

PM Modi will arrive Sunday afternoon and address a rally at 1 pm in Bankura district where the BJP won two seats in 2019.

Mr Shah arrived in the city late on Saturday and to his first rally around noon at Egra in East Midnapore district, where former Adhikari is contesting against chief minister Mamata Banerjee at the Nandigram seat.

Shah will address party workers at Mecheda in the same district at 1.30 pm. He will return to Kolkata and release the BJP’s election manifesto at 4 pm.