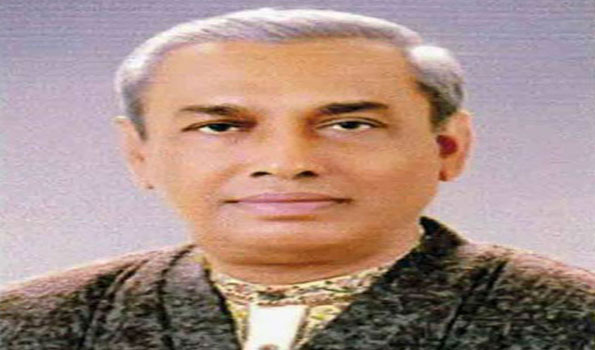 The director of the hospital Brigadier General Zulfiqar Ahmed Amin confirmed the matter to the media.

Prime Minister Sheikh Hasina has expressed deep grief over the death of Indramohan Rajbangshi. In his condolence message, he said the contribution of this talented artist who won the Ekushey Padak in the development of folk songs of the country will be remembered. The Prime Minister wished her peace of mind and extended her deepest condolences to her bereaved family members.

Kajal Debnath, an adviser to the Hindu-Buddhist-Christian Unity Council, said Indramohan Rajbangshi had been ill for several days. Bangabandhu was admitted to the hospital on Tuesday and left us this morning for Amritlo. Baudi is also suffering from various complex diseases, she is at home, but not her corona.

Earlier, he was admitted to Prashanti Hospital and Mohakhali Metropolitan Hospital in Malibagh. At that time he tested positive in Corona. He also contracted an infection in his lungs.

Indramohan Rajbangshi is a Bangladeshi folk song artist and freedom fighter. He sings songs like Bhavaya, Bhatiali, Jari, Sari, Murshidi etc. Later, he established himself as a Rabindra Sangeet artist by singing Rabindranath Tagore’s songs. He won the Ekushey Padak in the music category in 2016.

Indramohan has worked for a long time as the head of the folk music department at Rajbangshi Music College. He is the founder of Bangladesh Folk Music Council. He has sung many songs in movies, radio, television etc. In 1986, Chena played in the movie by singing songs from unknown films.

Later he left there and started singing on Swadhin Bangla Betar Kendra to inspire the freedom fighters. Indramohan used to sing Rajbangshi songs as well as collect folk songs from different parts of the country. He has collected millions of songs written by more than a thousand poets.

In recognition of his outstanding contribution to music, the famous artist was awarded the Ekushey Padak in 2016. Indramohan Rajbangshi’s wife’s name is Dipti Rajbangshi, son Rabin Rajbangshi and daughter Prabasi. They are involved with folk songs. (UNI)